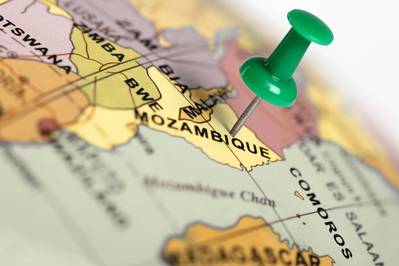 U.S. independent energy producer Anadarko moved closer to a final investment decision (FID) to build a giant liquefied natural gas (LNG) terminal in Mozambique after signing up an Indian buyer for the gas and saying another deal was imminent.

The company said on Friday it had struck a sales and purchase agreement (SPA) with India's Bharat Petroleum Corporation Ltd for 1 million tonnes per annum (mtpa) for 15 years, the fourth such agreement this month.

This brings the total commitments Anadarko has for the project to 8.5 mtpa out of a capacity of 12.88 mtpa, a level it has previously said would allow it to make the investment.

"We anticipate announcing another SPA in the very near future," Helen Rhymes, an Anadarko spokeswoman, said in emailed comments, reiterating that the final decision would come in the first half of this year.

Anadarko hinted at further supply agreements late on Thursday when it issued its annual report and said "execution of SPAs representing 2.0 mtpa of additional contracted volume is anticipated prior to FID".

Anadarko had penned an non-binding supply agreement with PTTEP, the exploration and production arm of Thailand's state energy firm PTT, which also holds a 8.5 percent stake in the project.

"Anadarko and its Area 1 co-venturers continue to work with PTT toward the conclusion of the SPA. However, we are not reliant on completing this agreement to take FID in the first half of this year," she said.

Indian state energy firms Bharat, ONGC and Oil India hold a 30 percent equity stake in the project either directly or through subsidiary joint ventures but this is the first offtake agreement with an Indian buyer.

India is the world's fourth largest LNG importer after Japan, China and South Korea - a position it is expected to consolidate in years to come with growing imports.