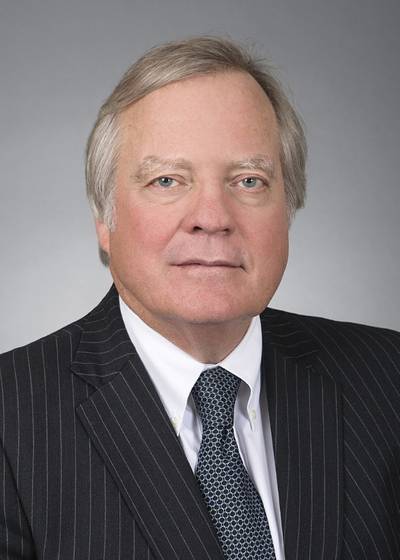 The members of the American Waterways Operators, the national trade association representing the tugboat, towboat and barge industry, elected a new slate of leaders during AWO's Spring Convention held recently in Washington, D.C.

James F. Farley, Corporate Vice President – Industry Relations, Kirby Corporation, was elected Chairman. Edward J. "Ted" Tregurtha, President of Moran Towing Corporation, was elected Vice Chairman. Mr. Farley succeeds outgoing Chairman David G. Sehrt, Senior Vice President and Chief Engineering Officer of Ingram Barge Company.
AWO President & CEO Tom Allegretti thanked Mr. Sehrt for his leadership and congratulated Mr. Farley on his election, citing as an organizational strength the commitment and capability of AWO's volunteer member leaders. "The willingness of all who came before to lead us wisely and govern us effectively has been a part of our constancy as a trade association and it is from this spirit that so many good results are derived."
Acknowledging that this will be a challenging economic year for AWO member companies,  Mr. Farley outlined an ambitious agenda including "a vigorous game of both offense and defense." "We will defend the Jones Act against unprecedented attack from powerful opponents. We will get the Vessel Incidental Discharge Act passed into law. We will work with the Coast Guard and the membership to ensure the smooth implementation of Subchapter M. We will fight hard to sustain the Coast Guard's preeminent role regulating navigation and vessel operations and will strongly oppose state attempts to usurp the Coast Guard's authority. We will lead and support AWO members in continuously improving safety, security, and environmental stewardship." Mr. Farley added that he and Mr. Tregurtha will co-chair a member task force that will produce a new strategic plan "to provide AWO the roadmap required to meet members' vision and ensure our success over the next five years."
"It strikes me that our complex industry is based on a few simple concepts: Competing fiercely while sharing the nation's blue and brown waters. Working to be sure that government is a help and not a hindrance to our business. Doing everything we can to create the safest working environment possible for the mariners we employ. Protecting the natural environment always," Mr. Farley said. He added that the keys to achieving success are cooperation, communication and commitment, which he called the "roadmap" for his term as Chairman.
The American Waterways Operators is the national trade association representing the tugboat, towboat and barge industry, which operates on the rivers, the Great Lakes, and along the coasts and in the harbors of the United States. Barge transportation serves the nation as the safest, most environmentally friendly and most economical mode of freight transportation.
• Kirby Corporation • Moran Towing Corporation • national trade association