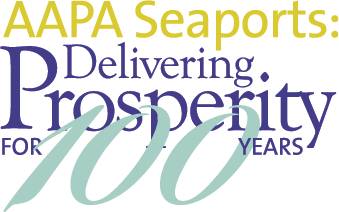 Legislation that sets standards for incidental water discharges from vessels passed the House on Nov. 29.

The Frank LoBiondo Coast Guard Authorization Act of 2018, S. 140, which includes the Vessel Incidental Discharge Act (VIDA), passed the Senate two weeks earlier and now moves to the President to be signed.

The provision places the U.S. Environmental Protection Agency (EPA) in the lead role of establishing standards for ballast water discharge, and the U.S. Coast Guard (USCG) will monitor and enforce compliance. Both the EPA and USCG will work to develop the regulations and policies to implement VIDA.

American Association of Port Authorities (AAPA) .. the unified and collective voice of America’s seaports … has been working with the American Waterways Operators and its longstanding coalition advocacy efforts to reform an overlapping patchwork of federal and state regulations and set a nationally consistent framework for the regulation of ballast water and other vessel discharges.

AAPA supports a strong ballast water management program to reduce the risk of invasive species in our navigable waterways. Currently, both EPA and the U.S. Coast Guard have regulations in place through two different statutes, and they are not fully consistent regarding compliance. AAPA calls for a uniform federal program, including pre-emption of varying state laws. Widely varying state requirements for the operation of vessels involved in international or interstate trade can adversely affect the competitiveness of the U.S. port industry and create compliance challenges for the commercial shipping industry. AAPA supports passage of the Vessel Incidental Discharge Act (VIDA) in the 115th Congress.