US Waives Jones Act to Secure Fuel for Hurricane Responders 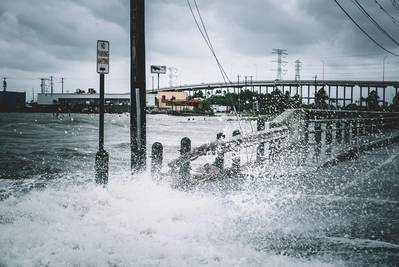 The U.S. government on Friday said it was temporarily waiving a law that limits the availability of cargoes on the U.S. coasts, a step that will ensure enough fuel reaches emergency responders during Hurricane Irma and in the wake of Hurricane Harvey.
The Jones Act mandates the use of U.S.-flagged vessels to transport merchandise between U.S. coasts. The Department of Homeland Security waived the requirement for one week. This will allow oil and gas operators to use often cheaper, tax-free, or more readily available foreign-flagged vessels.
Harvey, which hit Texas with record floods, had a wider effect of disrupting fuel distribution across Florida, Georgia and other Southeastern states by shutting refineries and pipelines.
With Hurricane Irma, one of the most powerful Atlantic storms in a century, expected to hit Florida in days, the region will experience "one of the largest mass evacuations in American history" and see historic levels of restoration and response crews, said Elaine Duke, acting secretary of Homeland Security.
Waiving the Jones Act will ensure there is fuel to support lifesaving efforts and restore services and infrastructure in the wake of the storm, Duke said.