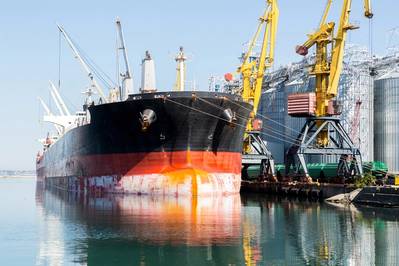 Wheat importer Vietnam, whose main suppliers include Russia, Australia and Canada, has been battling with imported wheat contaminated with thistle seed since May and has sought measures to stop the issue.

From Nov. 1, cargoes containing cirsium arvense will be re-exported, state-run Vietnam Television (VTV) reported, adding the nation's agriculture ministry is also considering a halt to imports of contaminated cargoes without giving a timeframe.

"The situation is increasingly dangerous and there is a high risk this weed can intrude into Vietnam ... and cause incalculable consequences," VTV cited Hoang Trung, head of the agriculture ministry's plant protection department, as saying.

Trung said if the seeds are spread in Vietnam, cattle cannot eat them and other countries could immediately create technical trade barriers or ban imports of Vietnamese goods.

Agricultural production, including rice, coffee and seafood, is a major driver of growth in Vietnam, while the economy is also heavily reliant on trade.

Vietnam imported 3.99 million tonnes of wheat in the first nine months of 2018, up 8 percent from the same period last year, among which 57 percent was from Russia and 22 percent from Australia, customs data showed.

Trung suggested wheat importers in Vietnam could increase imports from alternative and thistle-free countries such as Kazakhstan, Australia or Argentina, the VTV report said.

Trung did not answer calls to his mobile phone outside of office hours.

Russia said it will inspect grain loading at ports due to complaints from major buyers about falling crop standards, the head of agriculture safety watchdog Rosselkhoznadzor was quoted as saying by the RIA news agency on Thursday.