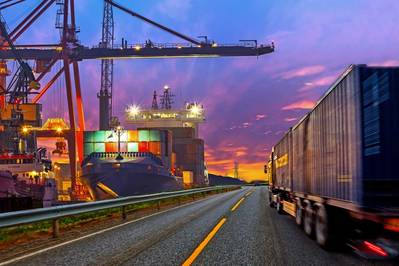 Cautious optimism over Sino-U.S. trade talks underpinned global stocks on Friday as benchmark bond yields ground higher and lifted the dollar to a three-week high against the yen ahead of U.S. job data.

U.S. President Donald Trump said on Thursday a trade deal with China might be announced within four weeks, although he warned that it would be difficult to allow trade to continue without an agreement. Chinese President Xi Jinping reportedly said progress was being made and called for an early conclusion of talks.

The pan-European STOXX 600 index nudged higher, heading for its best performance in three weeks, with markets in Paris and London adding 0.3 percent. German stocks were treading water, though the index was on track for its best week since December 2016.

MSCI's All-Country World Index, which tracks shares in 47 countries, edged up and was on track for a second straight week of gains.

Better-than expected data out of Germany and receding fears of a disorderly departure from the European Union by the U.K. also helped perk up sentiment.

"The main overnight news, which is positive if not very substantial, is around the U.S.-China trade deal," said Mizuho strategist Antoine Bouvet. "German industrial orders yesterday added to worries in the manufacturing sector, but industrial production today actually surprised to the upside."

But manufacturing production dipped as Germany is suffering from trade friction and Brexit angst after narrowly avoiding recession last year. Leading economic institutes slashed their forecasts for 2019 growth on Thursday and warned a long-term upswing had come to an end.

The limelight is now shifting to the U.S. payrolls report, which is forecast to rebound to 180,000 in March, following February's distorted 20,000 rise. In focus will be hourly earnings, which climbed to 3.4 percent in February, the fastest pace since April 2009.

Hopes for a solid number were boosted by data on jobless claims, which fell to a 49-year low last week, pointing to sustained labour market strength.

E-Mini futures pointed to gains for U.S. stocks on Friday, with S&P 500 edging up 0.2 percent.

"Share markets have run hard and fast from their December lows and are vulnerable to a short-term pullback," said Shane Oliver, head of investment strategy at AMP Capital.

"But valuations are okay, global growth is expected to improve into the second half of the year, monetary and fiscal policy has become more supportive of markets and the trade war threat is receding."

On Thursday, the S&P 500 reached its highest level since Oct. 9 and is only 1.75 percent below its record closing high.

BUND YIELDS ABOVE ZERO
The cautiously optimistic mood weighed on safe-haven debt, with government bond yields in Europe and the United States rising. U.S. Treasury yields and German 10-year bond yields, the benchmark for the euro zone, climbed to a two-week high, the latter just above zero.

In currencies, the progress on trade was enough to keep the safe-haven yen under pressure and lift the dollar to a three-week high of 111.79.

However, against a basket of currencies, the dollar failed to make much progress on the day or on the week. The euro was flat at $1.1225 after dipping overnight.

British Prime Minister Theresa May wrote to European Council President Donald Tusk on Friday asking for a delay of Brexit until up to June 30, but said she aims to get Britain out of the EU earlier to avoid it participating in European elections.

Meanwhile, a senior European Union source said Donald Tusk was likely to offer Britain a flexible extension of the deadline for its exit from the EU of up to one year.

In commodity markets, spot gold dipped to $1,289.40 per ounce but held above a near 10-week low hit overnight.

Brent crude futures were off 33 cents at $69.07, pulling further away from the $70 a barrel they touched for the first time since November on Thursday, as expectations of tight global supply outweighed rising U.S. production. U.S. crude priced at $61.93 a barrel.