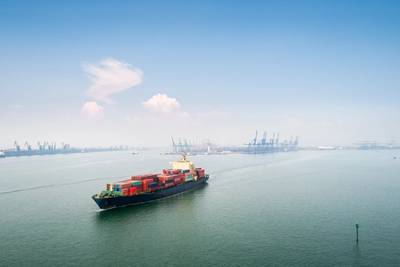 South Korean exports fell the slowest in four months and beat market expectations, data showed on Saturday, a further sign a recovery in Asia’s fourth-largest economy is gaining traction, although threats loom from global flare-ups in the COVID-19 pandemic.

Overseas sales fell 7.0% in July from a year earlier, the trade ministry said, the fifth month of decline but much less than June’s 10.9% fall and the 9.7% drop tipped in a Reuters survey.

South Korea is the first major exporting economy to release monthly trade data, providing an early guide to the health of global trade.

Saturday’s data come a day after the country’s factory output, which trails trade and some other data by a month, jumped at the fastest rate since 2009 and much quicker than expected, supporting hopes that the worst of the coronavirus impact has passed.

“Expectations of an improvement in exports in the second half are materialising,” though the pace of recovery is likely to be mild, said Park Sang-hyun, chief economist at HI Investment & Securities.

The trade-reliant economy has slipped into recession, joining Japan, Thailand and Singapore, in the second quarter despite some 277 trillion won ($232 billion) worth of stimulus rolled out since the outbreak.

Exports to China, South Korea’s biggest trading partner, rose 2.5% from a year earlier and for a second month. Those to the United States jumped 7.7%, reversing previous contractions, but sales to the European Union continued to fall, down 11.1%.

Shipments of semiconductors, the nation’s top export, climbed 5.6%, while those of computers and ships surged 77.1% and 18.0%, respectively.

“The global coronavirus spread seems to be the most important variable (in South Korean trade), while renewed tension between the United States and China could add pressure,” Park added