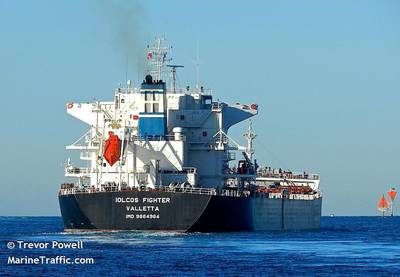 A rare cargo of U.S. sorghum has arrived in Spain and will be followed by several more, shipping data showed, a sign that Spain's livestock industry is set to become one of the new homes for U.S. sorghum hit by Chinese anti-dumping tariffs.

Exporters have been scrambling to divert hundreds of thousands of tonnes of U.S. sorghum bound for China after Beijing announced hefty anti-dumping deposits on the grain in mid-April, part of a simmering trade dispute between the world's two largest economies.

Sorghum is mainly used in livestock feed and the fiery Chinese liquor baijiu.

U.S. officials had already flagged sales of U.S. sorghum to Spain, but the latest shipping data now shows that some has actually arrived.

Thomson Reuters Eikon ship tracking data showed that the Iolcos Fighter vessel reached Tarragona port in northeast Spain on Thursday evening, and port listings seen by Reuters indicated it was due to unload 56,500 tonnes of sorghum.

The listings also showed another three vessels carrying sorghum are due to unload at Tarragona in the coming weeks - the Theodor Oldendorff with 66,500 tonnes, the Port Dalian with 49,500 tonnes and the Skiathos with 69,000 tonnes.

Shipping data showed that each of the ships had initially loaded in Texas. They had been heading towards Asia, with trade sources saying they were all destined for China, before being rerouted towards Spain.

The volume scheduled to unload at Tarragona broadly matches the 182,551 tonnes of U.S. sorghum sales to Spain reported by the U.S. Department of Agriculture in its last two weekly export sales publications.

Some traders said Spain may receive a fifth vessel of U.S. sorghum. The RB Eden carrying 70,000 tonnes of U.S. sorghum is heading for the Canary Islands after initially sailing towards Asia, and the traders expect it to sail on to mainland Spain.

Spain is a major importer of grain to feed its large livestock herd, mostly pigs. But like other European Union countries it consumes little sorghum, relying more on maize, barley and wheat as animal feed cereals.

The EU had imported just 169,000 tonnes of sorghum so far in the 2017/18 July-June marketing season as of May 8, mostly into Spain but none of it from the United States, according to official EU data.

Trade sources said the shipments to Spain were encouraged by discounted prices and marketing efforts by U.S. grain representatives.

After Beijing announced an anti-dumping investigation on U.S. sorghum in February, the U.S. Grains Council cancelled a trip to China and sent a delegation instead to Spain on March 18-23, the industry group said.

European traders said attractive prices, at below maize and wheat rates, and the experience of some Spanish feed makers in using sorghum helped to secure deals.

But they were cautious about a longer-term shift to U.S. sorghum, saying further sales would depend on U.S.-Chinese trade developments.

China's move followed on from an anti-dumping investigation launched two months ago in retaliation for aggressive trade actions by Washington, including steep tariffs on solar panels and washing machines.