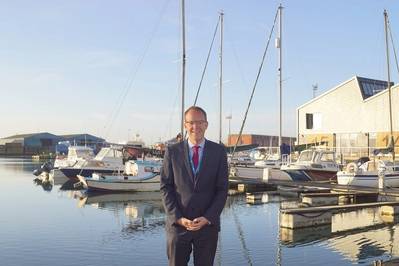 Shoreham Port has appointed Tom Willis as Chief Executive following the departure of Rodney Lunn, who left the port in mid-December of last year.

Willis previously worked with Heathrow Airport for 8 years, joining the organisation during the exciting time of the 2012 London Olympic Games to become Operations Director at the Airport, and later on Security Director, accountable for the protection of 75 million passengers per year. Prior to this, Willis spent 13 years with Royal Mail, joining via their graduate program and working his way to Operations Director South East England.