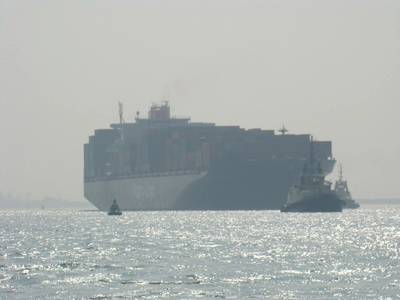 International accountant and shipping adviser Moore Stephens believes that the shipping industry’s fortunes should be noticeably improved by 2015 if it maintains the recovery which got under way last year. But it warns that the prospects for recovery may still be fragile if the industry fails to meet a number of challenges, including tighter regulation and increased operating costs.

Moore Stephens shipping partner Richard Greiner said, “Shipping is in a different space to that which it occupied a year ago. Confidence rose to a three-year high over the course of 2013. Good things are predicted for freight rates in 2014, more companies are starting to consider new investment, and economic and political issues with the potential to hurt shipping are deemed less severe than twelve months previously.”

Greiner continued, “Over the next twelve months, we can expect to see more shipping money raised in the public and private equity markets. We may see more non-shipping money invested in shipping than for some time, although not necessarily by dentists. Supply and demand levels should come closer into alignment. Consequently, freight rates are likely to rise and, with them, vessel values. Increased levels of demolition will be required to offset new tonnage. China is already offering subsidies to shipping companies to scrap vessels before their operational expiry date and to replace them with new ships which are eco-friendly and which fly the Chinese flag. So everybody is happy – owners, shipyards, environmentalists (except those worried about the perceived evils of irresponsible recycling) and politicians alike.”

Greiner warns, however, that all the positive indicators remain somewhat fragile. Further, he said, “Operating costs are expected to go up in 2014. Shipping cannot operate without fuel and skilled manpower. Meanwhile, increased regulation of crew welfare, fuel quality and ballast water management are big-ticket items. Environmental regulation is self-perpetuating, witness the news that IMO is to debate plans for shipowners to compile fuel-consumption data to support steps to create carbon dioxide reduction regulations.”