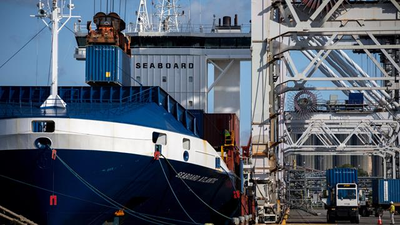 The Port of Savannah welcomed its first Seaboard Marine vessel Wednesday. The new shipping line customer supports Savannah's cold chain logistics system with one new service to Central America, and a second to Latin America and the Caribbean.

The initial Seaboard Marine service to Savannah features two vessels in a direct, all-water route, for an increase of 20,000 TEUs per year to Garden City Terminal's total vessel inventory.

The new services will bring Savannah's weekly vessel calls to 37. This is equal to New York-New Jersey, for the most services on the U.S. East Coast.

On terminal, the GPA has added 15 additional refrigerated container racks, for an increase of 360 container slots. Eight of the new racks came on line in December, while another seven became operational in April.