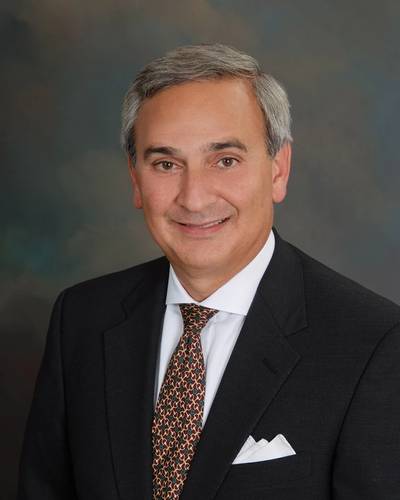 Officials have broken ground on the site of Inland Port Dillon, a South Carolina Ports Authority facility slated to open in early 2018 to support growing intermodal cargo volumes between the Port of Charleston and markets throughout the Carolinas, Northeast and Midwest.

"Inland Port Dillon will diversify SCPA's footprint and enable port users to gain logistics efficiencies through rail transportation of their cargo," said Jim Newsome, SCPA president and CEO. "Inland ports provide infrastructure in the interior of the state that supports the movement of freight to and from our marine terminals. Our facilities in Dillon and Greer are important to SCPA's overall volume growth and the significant amount of cargo that moves today by rail."
International intermodal rail lifts have increased 170 percent since 2011, with 23 percent of the Port of Charleston's containerized import and export volume moving by rail. Growth in the intermodal sector has driven tremendous success of Inland Port Greer, which handled a record 103,639 rail lifts last year.
"This is a significant project for SCPA and our entire state," said SCPA Board Chairman Pat McKinney. "Inland Port Dillon complements the Port's infrastructure investments in Charleston and will no doubt spur economic development activity both in the Pee Dee area and the surrounding region. Port-related jobs pay 40 percent higher than the state's average wage, and it is an exciting day to bring such opportunities to Dillon County."
"Our ports are a tremendously important part of South Carolina's growing economic engine, and Inland Port Dillon will play a crucial role in helping our companies move goods more efficiently than ever before," said South Carolina Governor Henry McMaster. "This new facility will mean even more jobs and industry, and help take our state straight to the top."
Located within the Carolinas I-95 Mega Site, Inland Port Dillon has close proximity to I-95, a critical transportation artery in the Southeast. The area is central to a significant base of existing Port users that represent base cargo opportunities for the facility. The initial phase is expected to handle at least 45,000 containers annually, offering overnight access to and from Charleston via an existing CSX mainline.
"We congratulate Inland Port Dillon on this groundbreaking, which is the beginning stage of building a competitive advantage for area businesses by lowering transportation costs and providing greater access to domestic and international markets," said Dean Piacente, CSX Vice President, Intermodal. "This new facility will build on the state of South Carolina's already strong freight rail network, supporting continued business growth and job creation."
SCPA first announced consideration of a constructing an inland port in Dillon in April of 2016. To date, SCPA has completed the initial design phase, permitting and equipment requisition process for the facility and will soon award contracts to begin construction of the terminal.
"The fruition of the Inland Port in Dillon County culminates a long process from a dedicated team and partnership in which Marlboro Electric Cooperative remains ecstatic to be a part of," said Bo McInnis, MEC Chairman. "The Port's leadership team is already providing tremendous value today, and the future for our entire region just got a lot brighter."
"I've worked very hard at the federal level and with the South Carolina Ports Authority to advance the Dillon Inland Port project. This facility will bring industrial diversity and high-paying jobs to Marion, Dillon, and Marlboro counties, resulting in a huge economic impact to a much-needed area,"  said Congressman Tom Rice.
"Today's groundbreaking is another step forward in ensuring the Port of Charleston is the preferred port on the East Coast. The positive ripple effects on businesses as a result of an inland port in Dillon will drive economic growth around the region. I look forward to seeing the facility, in conjunction with the inland port in Greer, strengthen our Port's competitiveness and improve logistics for South Carolina companies,"  said South Carolina Senator Hugh K. Leatherman, Sr., President Pro Tempore and Executive Committee, North Eastern Strategic Alliance (NESA).
South Carolina Senator Kent Williams said, "The opportunity for job creation and economic growth driven by this facility in our region cannot be overstated. This is an extremely significant day for residents of Dillon and surrounding areas, and I applaud the Ports Authority and its many partners for making this a reality."
"Today's Inland Port Dillon groundbreaking is an important development for our region and the state. Providing increased inland infrastructure will create industry growth and provide job opportunities that will benefit our area and the entire state,” said South Carolina Representative Jackie E. "Coach" Hayes.
• Carolinas • East Coast • Inland Port