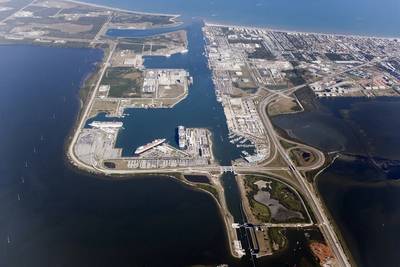 As a Special District created by the Florida Legislature, the Canaveral Port Authority occasionally has sought legislative approval for specific charter amendments. However, this is the first time the entire charter fully has been reviewed and revised. The current five-member Commission appointed a Charter Review Committee comprised of 10 business and civic leaders, who during a nine-month period from August 2012 to May 2013, engaged in detailed review and analysis of charter provisions. The panel hosted 18 public meetings and received substantial citizen input. On July 17, 2013, the Port Authority Commission unanimously approved the recommendations with minor modifications.

“The diligence and commitment of the business and community leaders, Port staff and  commissioners who worked together on these improvements not only is commendable, but also is reflective of the charter’s importance to Brevard County and central Florida’s future,” said Canaveral Port Authority Commission Chairman Tom Weinberg.

Among the highlighted changes:

Weinberg added, “We extend a special thank you to the Brevard delegation-- Chairman and legislation sponsor Rep. Tom Goodson; House Speaker-Designate Rep. Steve Crisafulli; Rep. John Tobia, Rep. Ritch Workman; Senate President-Designate Andy Gardiner and Sen. Thad Altman. We are grateful for the unanimous support of the Florida House and Senate on this legislation and the ongoing support for Port Canaveral. We look forward to the Governor’s signature on this legislation.”