Port of Baltimore Sets Record in 2019 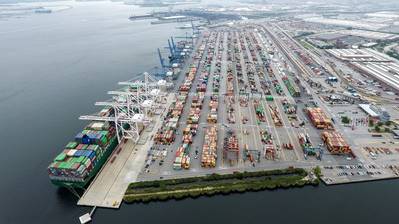 The Helen Delich Bentley Port of Baltimore recorded another record-breaking year in 2019.

Figures released show new high marks for cargo tonnage passing through the Port’s public and private marine terminals, as well as new benchmarks for containers and the number of cars and light trucks handled. Among the highlights, the Port of Baltimore handled a new record 43.6 million tons of cargo, including more than 11 million tons of general cargo at the state-owned public terminals for the first time ever. In addition, the number of vehicles – 857,890 – ranked first among all U.S. ports in that category for the ninth consecutive year.

In addition to providing stellar numbers for cargo and containers, 2019 included significant achievements for the Port of Baltimore involving growth, security and environmental stewardship.