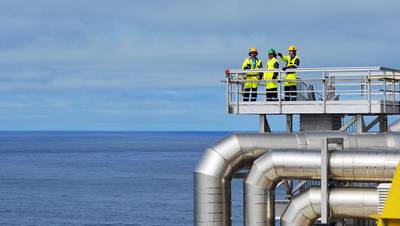 Norwegian oil firms and their employees will begin a final round of wage negotiations on June 30 in a bid to avoid a strike that would limit the output of oil and gas from western Europe's top producer, the Industri Energi labour union said on Wednesday.
The deadline for reaching a compromise has been set to July 1, Industri Energi leader Leif Sande said. If no deal is struck, shutdowns could begin the following day.
In 2012, a 16-day strike among some of Norway's oil workers cut the country's output of crude by about 13 percent and its natural gas production by about four percent.
Norway produces about 4.2 million barrels of oil equivalents per day, consisting of approximately 1.6 million barrels of crude, 350 million standard cubic meters of natural gas (2.2 million barrels of oil equivalents) and a combined NGL and condensate output of around 400,000 barrels.