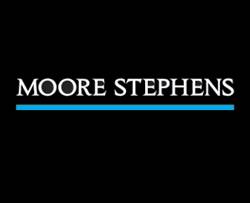 Sue Bill, a tax partner with Moore Stephens, says, “Given the substantial increase in the UK fleet since 2000, it is widely considered that UK tonnage tax has been a success. At the outset, the regime promised clarity and stability, but HMRC’s unilateral reinterpretation of the rules could be detrimental.”

HMRC’s decision to reinterpret the legislation results from comments in the 2004 EU guidelines on state aid to maritime transport. The changes, set out in HMRC’s tonnage tax manual, focus in particular on the strategic and commercial management tests that are fundamental to qualification for the regime. HMRC says that this follows ‘ten years of experience and legal advice received’. But, as Sue Bill points out, “The Revenue has not consulted with the shipping industry. And, although HMRC’s interpretation is widely disputed, it has not released a detailed explanation of this legal advice.

“The UK government has emphasised the need for a stable UK tax regime to both support British business and to encourage international businesses to operate and stay in the UK. Throughout the regime’s history, it has taken care to ensure stability and to minimise as far as possible any unexpected changes, treating fairly those shipowners operating within tonnage tax. But the reinterpretation by HMRC means that some groups no longer qualify for the UK regime despite having previously received HMRC clearance.

“These fundamental changes may have a detrimental effect on UK shipping as internationally mobile shipping groups consider leaving the UK. They do not appear to arise from government policy, but from changes in HMRC’s views that were finalised without consultation with the shipping industry.

“In considering their effect, HMRC needs to ensure that it continues to act fairly and reasonably by protecting shipowners who elected into the regime for a ten-year period based on the original HMRC rules and clearances, which in some cases now no longer apply, at least in HMRC’s view. HMRC should also now consult on the reasons for its changed interpretation of the tonnage tax rules.

“It is time for HMRC to work in concert with the shipping industry in order to safeguard British shipping.”