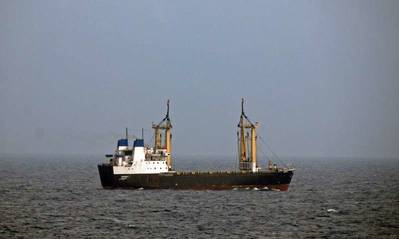 Twenty-two hostages seized by pirates nearly three years ago have been freed from the Panama-flagged 'MV Iceberg One'.

Authorities in Somalia's semi-autonomous region of Puntland informed the BBC that their maritime force began the operation to free the hostages - and their ship - nearly two weeks ago. The hostages are reportedly showing signs of having suffered physical torture and illness,

The Panama-flagged MV Iceberg One was seized off the Yemeni coast in 2009, and was being held near Gara'ad village on the coast in Mudug region when Puntland's maritime troops surrounded it on 10 December.

In their statement, the Puntland authorities said their troops fought the pirates for two weeks before safely rescuing all 22 hostages on board the ship.