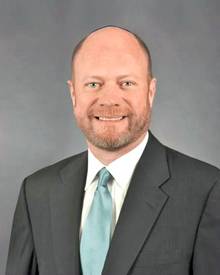 In this role, Lambert will lead development and implementation of Northrop Grumman's corporate and business focus area strategies, and will serve as the chair of the strategic development council.

Lambert joins Northrop Grumman after serving as an executive-in-residence with Renaissance Strategic Advisors, a senior associate at the Center for Strategic and International Studies, and a senior fellow at the National Defense Industrial Association.

Previously, he served as Deputy Assistant Secretary of Defense for Manufacturing and Industrial Base Policy. Lambert was a principal advisor on all matters relating to the defense industrial base, including industrial capabilities, defense industry mergers, acquisitions and consolidation, and preservation of technologies and capabilities. In 2011, he also led President Obama's effort at the Department of Defense (DOD) to establish the first National Network for Manufacturing Innovation site.

Prior to his work in the DOD, Lambert spent 20 years working with defense and intelligence firms. He served as executive vice president of DFI International and managing director of DFI Investment Partners, a security consultancy firm he helped to build and sell in 2007. He also worked for the U.S. Department of State at the U.S. Embassy in New Delhi.