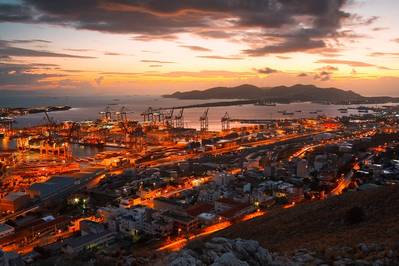 Greek lawmakers on Thursday approved an amended deal with Chinese shipping group COSCO that will allow it to raise its stake in Greece’s biggest port of Piraeus, paving the way for Greece to secure a major investment.

Under a 2016 Greek privatisation deal, COSCO Shipping bought a 51% stake in Piraeus Port Authority (PPA) for 280 million euros ($328 million). It then committed to mandatory investments worth about 294 million euros over five years to purchase an additional 16% stake for 88 million euros.

COSCO was due to fulfil this key condition by August, but it ran out of time, blaming delays beyond its control, and has been in talks with the Greek government to resolve the issue.

Last week, COSCO and Greece agreed to amend their 2016 agreement, which they said would “settle effectively” all issues which arose during the implementation of the mandatory investments.

Under the amended deal, the state will transfer the 16% stake to COSCO and give it another five years with the possibility of a further five-year extension to conclude its investment plan.

The main opposition Syriza party said that the government was facilitating COSCO, even though it had failed to fulfil its contractual obligations.

Shipping Minister Giannis Plakiotakis acknowledged that COSCO has concluded only a third of the mandatory investments or about 99 million euros so far but this was partly due to litigation and bureaucracy.

“Indeed, for many reasons, what has been agreed for the first five years was not respected,” Plakiotakis told Greek lawmakers on Wednesday.

But he said the only other option for the two sides was arbitration which would stop investments, with an immense damage to the Greek economy and to Greece’s relations with “a powerful third country”.

The new agreement stipulates that if COSCO fails to conclude the majority of the investments on time, it will have to give the stake back to Greece.

Piraeus has grown into a major transhipment hub for goods destined for Mediterranean and Black Sea ports since COSCO took over its container operations in 2009 and upgraded its infrastructure.

A major component of COSCO’s mandatory spending is upgrading a cruise terminal for more large ships to dock and help tourism-reliant Greece attract more visitors. But only months after starting, COSCO suspended work last year following an appeal by locals over environmental concerns.