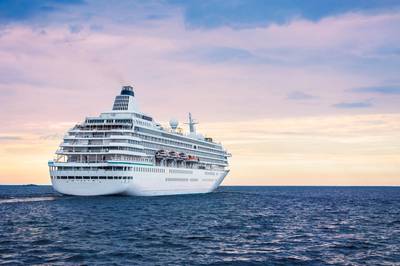 U.S. Treasury Secretary Steven Mnuchin said on Sunday officials will have a better idea this week of the total cost of a coronavirus aid package, but predicted it will likely be "significant but not huge."

Mnuchin told "Fox News Sunday" he also planned to talk to lawmakers about critical aid to airlines, as well as the hotel and cruise ship industries.

"It's hard to model some of these things because you don't know how many workers are going to be home. I want to be careful about throwing out numbers," he said. "I think based upon the numbers that we're going to see, it's going to have costs that are significant, but not huge."

The coronavirus pandemic has forced public schools, sports events and cultural and entertainment venues to close across the United States. Nationwide, more than 60 people have died.

Mnuchin said it was necessary to get relief for the economy and that the government is focused on helping businesses that need liquidity.

"This focuses on employers that are 500 and less people," Mnuchin said. "That's a portion of the economy, but it's the economy that is going to be hit the hardest.

"The important issue is, whatever we need, we are going to get from Congress."

The U.S. House of Representatives overwhelmingly passed a coronavirus aid package early on Saturday that would provide free testing and paid sick leave, in a bid to limit the economic damage from the pandemic.

Mnuchin said he has heard from some small business groups that have concerns, but he is talking with senators and believes there is bipartisan support for the bill in the Senate.

White House economic adviser Larry Kudlow told CBS' "Face the Nation" he thinks the Senate will work on the bill on Monday and "I think the Senate will get it done pretty rapidly."

Mnuchin said the government would focus on shoring up the airline, hotel and cruise ship industries. American Airlines Inc said Saturday it plans to cut 75% of its international flights through May 6 and ground nearly all its widebody fleet, as airlines respond to the global collapse in travel demand.

Kudlow said administration officials would go to Capitol Hill this week to discuss help for airlines. "We will have a number of new proposals with respect to the airlines," he told CBS.