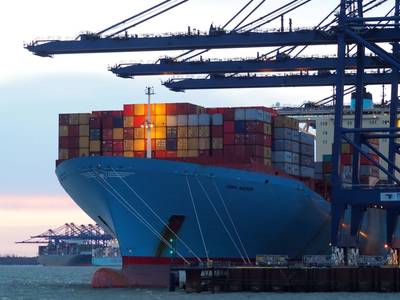 The company that operates Britain's biggest container port, Felixstowe, said on Friday it believed its pay offer to workers was fair and it was disappointed strike action due to begin on Sunday had not been called off.

More than 1,900 workers at Felixstowe represented by the Unite union plan eight days of strikes from Aug. 21 in a dispute over pay.

"The company is disappointed that Unite has not taken up our offer to call off the strike and come to the table for constructive discussions to find a resolution," said a spokesperson for Hutchison Ports, which operates Felixstowe.

"We recognize these are difficult times but, in a slowing economy, we believe that the company's offer ... is fair. The port regrets the impact this action will have on UK supply chains."

The port said it was working with its customers to mitigate disruption from the action, which the union has said would have an impact on international maritime trade as well as the region's logistics and haulage sector.

One customer, Maersk, said on Thursday it was putting in place contingency measures to minimize the impact of the strike action, including making changes to its vessel line-up.