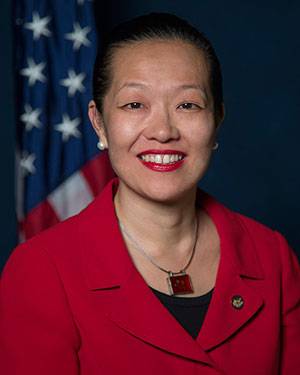 Christopher A. Hart’s term as Chairman of the National Transportation Safety Board concluded on schedule Wednesday and Vice Chairman Bella Dinh-Zarr will serve as the agency’s acting chairman.
Hart will remain at the NTSB, applying his transportation safety expertise in the capacity of a board member.
The NTSB has five board members, each nominated by the President and confirmed by the Senate to serve five-year terms. By statute, a board member is designated by the President as Chairman and another as Vice Chairman for two-year terms. The Chairmanship requires separate Senate confirmation. When there is no designated Chairman, the Vice Chairman serves as Acting Chairman.
Hart’s tenure as the NTSB’s 13th Chairman began March 15, 2015. Hart was nominated in January 2015 by President Barack Obama and confirmed by the U.S. Senate March 12, 2015. Hart served as the NTSB’s acting chairman for nearly a year prior.
Dinh-Zarr began her tenure as the NTSB’s Vice Chairman March 31, 2015, and began her term on the board March 23, 2015. Prior to her appointment to the board she served as Director of the U.S. Office of the FIA Foundation, an international philanthropy dedicated to promoting safe and sustainable transportation, and as the North American Director of Make Roads Safe – The Campaign for Global Road Safety. Prior to that she held positions at AAA, the National Highway Traffic Safety Administration, the U.S. Centers for Disease Control and Prevention, and the Texas Transportation Institute.
• Barack Obama • National Transportation Safety Board • Senate