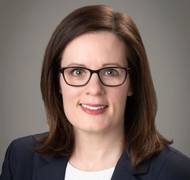 Crowley Maritime Corp. has appointed Trish Skoglund as corporate director of mergers and acquisitions, guiding strategic investments that create sustainable growth and accelerate the company’s competitive advantages.In her newly created role, Skoglund will contribute to all aspects of strategic acquisitions, and she will collaborate with Crowley’s business units to identify growth opportunities that best maximize the company’s diverse capabilities and offerings, the company said.

The year 2021 has started in much the same way as 2020 ended for U.S. container imports; import volumes are still surging. As per usual seasonality, volumes came down a little in January and February, though this year the drop wasn’t as steep as usual, says shipping organization BIMCO. Imports by the two San Pedro Bay ports in California rose 27.8% in the first two months of the year compared to the same period in 2020. Although last year’s comparison is low due to the COVID-19 impact… 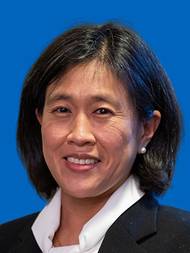 Katherine Tai Confirmed by Senate as US Trade Chief

The U.S. Senate on Wednesday voted unanimously to confirm veteran government trade lawyer Katherine Tai as the first woman of color to serve as U.S. Trade Representative, putting her to work enforcing trade deals, confronting China’s trade practices and patching up ties with U.S. allies.The rare 98-0 vote for Tai, a Yale and Harvard-educated daughter of immigrants from Taiwan, reflects support from pro-labor Democrats, traditional free-trade Republicans and China hawks from both parties.Tai…

Operations at the Houston ship channel were suspended early on Monday morning due to dense fog in the region, a Galveston Texas Pilots dispatcher said.The ship channel is a 53-mile (85 km) waterway connecting the busiest U.S. petrochemical port with the Gulf of Mexico.(Reporting by Anjishnu Mondal and Arpan Varghese; Editing by Nick Zieminski)

After several false starts, 2021 is the year when the U.S. offshore wind industry begins to realize its potential. This is according to Philip Lewis, Director of Research, World Energy Reports (WER).In an interview with Maritime Reporter TV's Greg Trauthwein, Lewis, whose WER is set to release an intelligence pack that presents a roadmap to the opportunities in the U.S. offshore wind space, says that at least 30 major offshore wind projects are forecast to be developed within this decade.

End-users trialing the VoyOpt voyage optimization service say it beats the competition in terms of the number of data sources it aggregates, ease of use and bottom-line benefits.Fuel consumption is the leading cost driver in shipping and remains the top fiscal concern of shipowners amid uncertainty surrounding bunker costs and availability. “Managing fuel consumption effectively means owners need increasingly to adopt new performance tools that leverage cutting-edge technology, including artificial intelligence.

China’s government is discussing permits for millions of tonnes of additional corn imports over the next year, three industry sources told Reuters, amid a surge in animal feed demand and after storms and drought damage tightened domestic supplies.A round of new import orders from China would make it the world’s top importer of corn for the first time and likely drive up global prices of corn and other grains. That would amplify food inflation caused by disruptions to global supply chains due to the coronavirus pandemic.Food security has emerged as a global theme during the pandemic…

Mexico's naval authorities on Tuesday ordered the closure of oil, cargo and passenger ports in the Gulf of Mexico and Caribbean ahead of Hurricane Delta, expected to sweep the Yucatan peninsula overnight.Ports shuttered to large ships included Dos Bocas in Tabasco and oil installations in Campeche.(Reporting by Lizbeth Diaz; Writing by Frank Jack Daniel; editing by Drazen Jorgic)

SENER Group announced it has appointed a new president and new CEO to usher in a new leadership phase at the Spanish-based engineering company. Andrés Sendagorta has been named President of the SENER Group, and Jorge Sendagorta Cudós its new CEO.Sendagorta, hitherto Vice President of SENER, takes over from Jorge Sendagorta, who will continue to be linked to the SENER Group as its Honorary President.Andrés Sendagorta holds a diploma in General Management from the Institute for Higher Business Studies IESE (Universidad de Navarra, Spain).

The U.S. Supreme Court on Monday turned away a challenge to President Donald Trump's tariffs on imported steel brought by an industry group that had argued that a key part of the law under which he imposed the duties violates the U.S. Constitution.The justices declined to hear the American Institute for International Steel's appeal of a February ruling by the U.S. Court of Appeals for the Federal Circuit in favor of the administration. The institute is a pro-free trade group that…