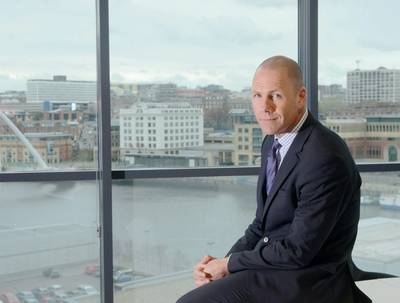 Bibby Offshore  announced a successful first quarter of the year for its recently opened Newcastle office.

With existing premises in Aberdeen and Liverpool, Bibby Offshore is expanding its presence across the UK. Since its opening in November 2013, the Newcastle office has employed 23 skilled personnel, with a further ten to be recruited in the coming months. The 4724sqft office, located in Gateshead Quays on the River Tyne, will provide Bibby Offshore with an excellent hub in the region both now and as it increases staff numbers and service offerings in the future.

The team in Newcastle is supporting North Sea UKCS projects, equipped with a multi disciplined project management team. However, it is anticipated that following on from the success of the company’s Liverpool office there will be opportunities to utilise the team’s skills further afield as the fast growing company rolls out its services overseas.

Shawn Bulgen, Project Director, said: “Our expansion into the north east of England is in response to the industry-wide skills shortage. For a number of years skilled engineering professionals have been commuting to Aberdeen based oil and gas companies on a weekly basis. Our expansion into Newcastle will make us well placed to attract talent from the strong engineering tradition in the region.”

Following the successful delivery of a fast-tracked Inspection, Repair and Maintenance (IRM) project in Tunisia  the team in Newcastle is currently working on a number of projects for prestigious local and international clients that include IRM, riser and umbilical installations, decommissioning and an annual IRM contract for a Danish company.

To launch the new office, an event inviting local businesses, friends and colleagues is planned for this evening [Tuesday 20th May] at the premises, followed by a drinks reception and networking event nearby. A brief presentation will be given by Howard Woodcock, Bibby Offshore Chief Executive, and Shawn Bulgen, Bibby Offshore Project Director.