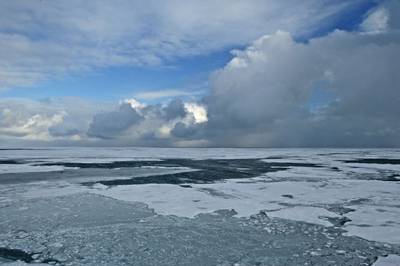 What was once a small group meeting to discuss scientific & technical cooperation has grown into a forum in which legally binding agreements between states are brokered.

In the 16 years since the creation of the Arctic Council, both the physical environment of the Arctic and the level of international attention paid to this once-obscure forum have changed dramatically. At the Council's latest meeting in mid-May, in Kiruna, Sweden, ministers added new international observers, bolstered the Council's governance capacity and agreed on a common vision for the next 16 years, notes the IISS in a recent report.

For the second time, the biennial meeting attracted the participation of all Arctic foreign ministers – with the exception of Canada. Its delegation was led instead by Health Minister Leona Aglukkaq, who, as an Inuk, becomes the first indigenous person to chair the Council – Canada assumed the chair from Sweden at the end of the Kiruna meeting.

Ministers attending the meeting, including United States Secretary of State John Kerry and Russian Foreign Minister Sergey Lavrov, signed a legally binding agreement on oil-spill prevention and response – the second such agreement brokered by the Council, after the 2011 Arctic Search and Rescue Agreement – and the ‘Kiruna Declaration’ , which aims to improve economic and social conditions, mitigate the impact of climate change, protect the Arctic environment and strengthen the Arctic Council.

Climate change is affecting the Arctic more than any other area of the Earth. Temperatures there are increasing at twice the global average. The scale of Arctic sea ice loss has been more dramatic than most climate scientists had anticipated, with the ice cap shrinking and thinning annually to around half of the volume recorded in 1979 when measurements began. Industries such as mining, shipping, oil and gas, fishing and tourism, are looking to take advantage of melting sea ice to expand into this previously inaccessible corner of the world.

The Kiruna meeting marked a further step in the Arctic Council’s development into a regional intergovernmental body that cooperatively addresses a broad range of issues arising amid significant environmental, economic and geopolitical change. With its expanded capacities and remit, and the heightened interest of the international community and industry in the Arctic, the Council’s role as a force for regional stability will continue to grow.

According to the IISS, with the Councili's expanded capacities and remit, and the heightened interest of the international community and industry in the Arctic, the Council’s role as a force for regional stability will continue to grow.