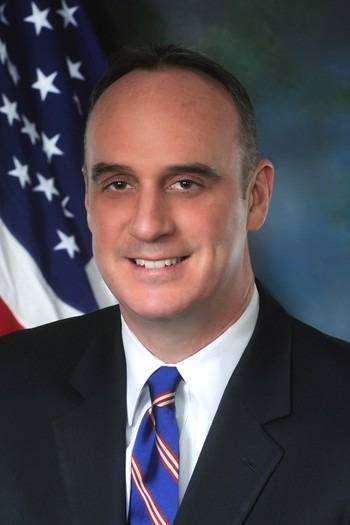 Panel Context:
The Panama Canal may remake world trade patterns. To be finished in 2015, the $5-billion expansion of the Panama Canal will create a third lane accommodating mega-ships nearly three times larger than previously passable and this may significantly reduce shipping time to Asia. The expansion impacts state ports, rail lines, trucking and cargo movement from the south and east to the west. The U.S., once an importer of natural gas, could see new shale gas development, LNG projects, and the faster shipping lanes open new Asian markets.

Opening
I am going to comment on whether the Panama Canal Expansion will be a game changer. Next, I will discuss what the Administration has done and plans to do for nationwide ports, how Liquefied Natural Gas and Natural Gas Liquids exports may benefit, and other transportation and economic impacts.

First, the expansion of the Panama Canal may be a game changer. Ports in the United States are preparing for increased cargo volumes from larger ships that will transit the Canal. If utilized to its fullest potential, the Canal would allow the United States the opportunity to compete in the global energy market with products manufactured and produced in America.

The expansion will enable a doubling in the tonnage of trade that can pass through the Canal. In terms of ship size, the canal’s expansion will allow a 160% increase in the size of ships able to transit the Panama Canal.

The Obama Administration, members of Congress and state and local officials support the tremendous economic, business, job-supporting, energy and transportation related opportunities the expanded canal will bring to the United States.

To meet the Canal’s expansion, ports in the U.S. are deepening their shipping channels and harbors, increasing dock facilities, and installing new cranes to accommodate larger ships and much greater cargo volumes. And the modernization of U.S. ports is not just happening on the East and Gulf Coast — West Coast ports are also updating their infrastructure to accommodate larger vessels.

In September, the Secretary of Transportation, Anthony Foxx, announced its grants from the Transportation Investment Generating Economic Recovery (TIGER) 2013 discretionary program. This program distributed approximately $474 million for transportation projects in 37 states. Of that amount, nearly 45% of the funding will be utilized for port and rail improvements.

On March 29, 2013, in the Port of Miami, Florida, President Obama outlined a program of transportation bonds and other measures to encourage infrastructure improvements on roads, bridges, and ports.

On May 17, 2013, President Obama signed a Presidential Memorandum to modernize the federal infrastructure permitting process, cutting timelines in half for major infrastructure projects while creating incentives for better outcomes for communities and the environment.

And this week, Vice President Joe Biden is leading a U.S. delegation in Panama to view construction progress on the widening of the Canal.

Liquefied Natural Gas
I’d like to address exporting liquefied natural gas (LNG). When the Panama Canal expansion project began in 2007, U.S. and state regulators were swamped with applications for LNG import terminals. At that time, America was positioning itself to become a major importer of LNG. In fact, in 2007, the U.S. imported nearly 771 billion cubic feet (Bcf) of LNG. This made the United States the fourth largest importer of natural gas.
That all changed in 2008, when it became clear that the independent natural gas producers in the U.S. could produce high quantities of natural gas extracted from shale basins in states like Louisiana, Texas, Pennsylvania, Ohio and West Virginia.

As a result, LNG imports have collapsed. The peak import month for LNG was in April of 2007 when we imported 98.7 Bcf. This year the imports on a monthly basis have been in the range of the 5 – 6 Bcf/month, with April’s historic low of 5.2 Bcf.

With so much natural gas being produced in the U.S., energy companies began applying for export licenses for LNG terminals. Last week the Department of Energy conditionally approved its 5th application to supply LNG to non-FTA countries.

How does domestically produced natural gas compete in the export market?
Once the expanded Panama Canal opens, the distance to ship U.S. natural gas from the Gulf Coast of the United States to Asia will decrease by 9,000 miles. Only 21 of the existing global fleet of 370 LNG tankers can currently fit through the Panama Canal. None are currently using the Canal.
However, more than 80 % of the tankers will be able to make the passage through the Canal once the widening is complete. The U.S. will be competing with Australia, Russia, East Africa and the Middle East as a natural gas supplier for Asia.

Japan is the largest importer of LNG. It has significantly increased its demand since the Tohoku earthquake and tsunami of 2011 hindered its nuclear power operations.
Japanese officials are interested in learning more about the tolls and cost structure associated with LNG tankers transiting the Canal.

It is important that the toll structure and economics work for all parties-- Panama wants LNG business which it never really planned on when it began the expansion project – natural gas produced in the U.S. must compete on the world market with LNG from Russia, Australia and the Middle East - and increasing demand makes Asia the primary market for natural gas.

Natural Gas Liquids
There is another major economic, manufacturing, export and jobs producing renaissance currently going in the U.S.—and it can only get better with the opening of the expanded Panama Canal.
Due in large part to shale natural gas production, U.S. exports of natural gas liquids (NGLs) are at an all-time high. NGLs include ethane, butane, propane, isobutene and pentane. The end use products of NGLs include plastic bags, detergent, home heating, small stoves, refrigeration, synthetic rubber, aerosol and gasoline.

Deliveries of NGLs or fuels to foreign buyers averaged 555,000 barrels a day in July. According to U.S. government data, that is the largest monthly delivery of NGLs since 1981 (Bloomberg).
According to U.S. Customs data, China’s imports of NGLs increased between 20 and 25 percent this August as compared to the same month last year (Ibid).

A recent projection indicates that U.S. exports of NGLs would jump to 20 million metric tons by 2020 from the current 5 million tons, making the United States the world’s largest exporter -- ahead of both Qatar and Saudi Arabia (Ibid).

New NGL terminals like the Mariner East Pipeline project by Sunoco Logistics Partners in Marcus Hook, Pennsylvania are being considered due to increased production in Appalachia. Mariner East would deliver propane and ethane from the Marcellus shale formation to the Marcus Hook, PA terminal for export.
When you hear President Obama talk about supertankers, and other Administration officials talk about dredging the channels and harbors, and Governors talk about their port related infrastructure improvements—they are talking in part about preparing for Very Large Gas Carriers otherwise known as VLGCs that will be exporting U.S. manufactured NGLs.

Right now the VLGCs leaving the East and Gulf Coast of the U.S. for Asia markets must travel around Cape Horn at the bottom-tip of South America or head East through the Suez Canal.

As it stands now less than 20 percent of VLGC world fleet can fit through the Panama Canal—and only about 4 percent use it. Once completed the Canal would be able to accommodate the entire VLGC fleet.
What is unfolding in the maritime and energy related sector is truly amazing. Six years ago you’d have been laughed at if you proposed that the U.S. could become a major competitor on the LNG export market. The Panama Canal’s expansion model never accounted for increased business related to VLGCs and LNG tankers.

The development of U.S. natural gas resources, together with the Panama Canal Expansion, is good news for the U.S. energy and transportation landscape. With increased exports, our balance of trade will improve helping to strengthen our energy security while spurring economic development and job creation around the country.

The Commissioner has appended a list of the sources drawn on in his speech at: www.fmc.gov/assets/1/Page/SoucesUsedLtGovSpeech.pdf