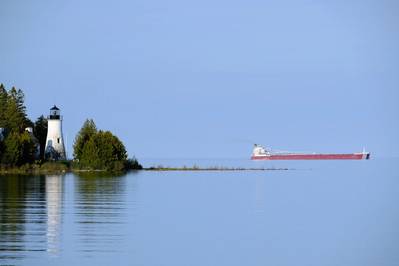 Shipments of iron ore on the Great Lakes totaled 6.1 million tons in June, an increase of roughly one load in a 1,000-foot-long U.S.-flag freighter, the Lake Carriers’ Association reported. Shipments were 8.7 percent ahead of the month’s five-year average.

Iron ore shipments from U.S. ports through the Soo Locks totaled 5.6 million tons in June, an increase of 4.1 percent. Of that total, 5.2 million tons, or 94 percent, transited the Poe Lock. On June 29, the U.S. Army Corps of Engineers released its New Soo Lock Economic Validation Study that determined a second Poe-sized lock has a benefit/cost ratio of 2.42, well above the level required for inclusion in an Administration budget. President Trump has publicly stated his strong support for the project.

Year-to-date the iron ore trade stands at 20.15 million tons, a decrease of 6.6 percent compared to the same point in 2017. However, iron shipments are well ahead of their five-year average for the first half.  Loadings have increased more than 850,000 tons.