US Oil Exports to Asia May Slide Further 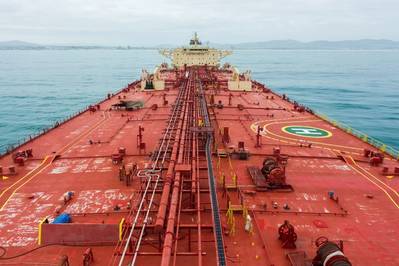 Rising shipping rates have increased the costs of shipping oil from the United States to Asia and may further the restrict the flow of U.S. oil to the region later this year, multiple trade and shipping sources said on Thursday.

The cost of chartering a Very Large Crude Carrier (VLCC) capable of carrying 2 million barrels of crude from the U.S. Gulf coast to South Korea and Japan rose to above $7 million this week, $1 million to $2 million higher than the previous week, according to a shipbroker.

Shipping a barrel of oil from the Louisiana Offshore Oil Port in the Gulf of Mexico on a VLCC to the Southeast Asian refining centre of Singapore costs $3.26 as of Oct. 10, up from $1.78 a month ago, according to data on Refinitiv Eikon.

"The freight is really expensive these days making every crude grade more expensive," said an oil buyer in North Asia, who is currently comparing economics for crude arriving in January to decide which grades they will buy.

A Singapore-based trader said U.S. crude prices will have to weaken relative to crude from other countries before resuming strong flows to Asia.

U.S crude arrivals to Asia are expected to fall in November to 19 million barrels, the lowest since March, as buyers baulked at higher prices, according to the sources and data on Refinitiv Eikon.

Chinese refiners have also limited their U.S. crude purchases amid concerns that Beijing could impose import duties on U.S. oil as part of its trade war with the United States.

Unipec, the trading arm of Asia's largest refiner Sinopec , resumed U.S. oil liftings to China in September with shipments loaded onto the VLCC New Courage. The ship is scheduled to arrive in eastern China on Nov. 21, shipping data on Refinitiv Eikon showed.

Other Chinese buyers have refrained from purchasing U.S. oil while sourcing crude from other regions.

"With freights where they are, we are likely to see shorter haul movement into Europe," said Virendra Chauhan, an analyst at Energy Aspects.

It could also drive up U.S. exports to Europe and displace North Sea and Mediterranean crude grades, they added.