Høglund, a global marine automation and system integration expert, has announced that it has signed an agreement with Yxney Maritime to launch an integrated vessel performance monitoring solution.The plug-and-play system will give ship owners and managers access to real-time fuel consumption data and analytics, allowing for better decision making and improved ship and fleet fuel efficiencies.Under the agreement, Høglund Marine Automation’s Ship Performance Monitor (SPM), which collects and stores accurate fuel consumption data for an individual vessel or entire fleet…

Woodside today signed a five-year charter contract with Norwegian company Siem Offshore Australia Pty Ltd — an agreement that delivers Australia its first LNG-powered marine support vessel in 2017. Woodside Chief Operations Officer Mike Utsler said the announcement positioned the company as an early adopter of LNG as a marine fuel in the region. “We’re thrilled to be the first company to bring one of these vessels to the southern hemisphere. Australia is on track to become the world’s largest producer of LNG, so it makes perfect sense to build dual-fuel capabilities for our marine fleets here.

Norwegian company Siem Offshore has sold the platform supply vessel (PSV) “Siem Sasha”. It has delayed delivery of four of the nine platform support vessel (PSV) newbuildings it has under construction in Poland. The Oslo-listed company did not reveal financial details of the sale nor the client, but said the agreement was made at market terms. Siem Sasha is designed to carry out regular supply functions and cargo transport for the oil industry as well as Standby functions. The PSV was built in 2005. It is of VS 470 MK II design, 73, 4 meters long vessel and can accommodate 34 persons.

Offshore energy, whether oil, gas or wind, faces a tightening regime of restrictions. In Germany, for example, the German Federal Bureau of Maritime Traffic and Hydrography (BSH) recently updated its standards for offshore wind energy units, offshore converter and inverter stations, and subsea high-power transfer cables. But regardless of the unclear political environment, the offshore industry continues to expand, a fact reflected in the order books of shipyards. Some recent achievements include: The Norwegian Fjellstrand shipyard in Oma completed the construction of "Siem Moxie"…

Wärtsilä has been awarded a contract to supply the design & an integrated solution for a new large platform supply vessel (PSV). The ship will operate primarily on liquefied natural gas (LNG) and is owned by Siem Offshore. The contract's scope of supply includes the Wärtsilä VS 4411 LNG PSV initial, basic, and detailed ship design, as well as the complete diesel electric system with Wärtsilä dual-fuel generating sets, the Wärtsilä LNGPac gas storage and handling system, and the complete electrical and automation system, including a four-split Wärtsilä LLC (Low Loss Concept) solution.

PG-MACS Chosen by Shell and Siem for Newbuild PSV

Siem Offshore and Norske Shell signed a contract for a new dual fueled (LNG/Diesel) large-size platform supply vessel (PSV). Remontowa Shipyard /Poland will construct the vessel as their H/N 856/1.The new PSV shall commence operations in Q1/'15 for operations in the North Sea, to support offshore activities at, among others, the Draugen and Ormen Lange oil and gas fields. The under deck tank configuration shall include systems for handling of drill cuttings, in addition to liquid and dry bulk.

Siem Offshore contracts Remontowa Shipbuilding S.A. of Poland to construct a dynamically positioned Cable Lay Vessel (CLV). The associated gross project cost for the first vessel, scheduled for April 2015 and ready for operation, is approx. USD 85 million. The CLV has been designed in close cooperation with VARD Design and will have an overall length of 95.3 meters, a breadth of 21.5 meters, a cable payload of 4,250 tons and an accommodation for 60 persons. The CLV will be equipped…

First X-BOW Workboat to be Fitted With VSP

The infield support vessel (ISV) ‘Siem Moxie’ will be the first Ulstein X-BOW workboat to be fitted with two Voith Schneider Propellers (VSP). X-BOW vessels are characterised by the absence of a bulbous bow. Their bow slopes backwards above the water line which results in reduced resistance and improved wave slamming characteristics on the foreship. Designed for specific tasks in wind farms in the North Sea as well as in the Atlantic, the work boat with a length of 74 meters and a beam of 17 meters will be fitted with two electronically controlled VSP of the size 28R5 ECS/234-2.

Optimarin to supply three ballast water treatment systems to Siem Offshore vessels. The first ship to be supplied with Optimarin Ballast Systems (OBS) is the AHTS Siem Opal during drydocking. The Type Approved Optimarin Ballast System (OBS), is based on solid separation (filter) as pre-treatment and high doses of UV irradiation for inactivation of marine organisms, viruses and bacteria, without affecting the normal operation of the ship. Ballast water is UV treated both during ballasting and de-ballasting to ensure the dual UV effect. Ballast water is only filtered during ballasting.

A year ago Det Norske Veritas invited all offshore shipowners operating in the North Sea Basin to participate in  a joint corporate project focusing on energy efficiency. Seven companies deceided to be part of the project. "This project focuses on operational findings regarding energy efficiency," Knut Ljungberg, Project Manager of this project said. Mr Ljungberg is the Principal Consultant, Environment and Energy Efficiency at Det Norske Veritas in Høvik, Norway. The project is called Energy Efficient Offshore Partners. Phase I which was initiated last fall is about to be concluded.

Norway's Fjellstrand AS contracted by Siem Offshore Rederi AS to construct an Ulstein SX 163 design offshore wind or oil installationl service support vessel. Main particulars of the Ulstein SX 163 are a length of 74 meters, a  beam of 17 meters, and with accommodation for 60 persons. Scheduled date for delivery is March 2014 with a contract value of approx. NOK 300 million, and with an option for one additional vessel. A strong growth in the offshore wind industry brings forward…

Siem Offshore declares contract options for STX OSV Holdings to design & construct two Offshore Subsea Construction Vessels (OSCV). The vessels will be equipped with a 250t AHC crane and with Launch and Recovery Systems (“LARS”) for Remotely Operated Underwater Vehicles (“ROV”). Deliveries are scheduled from STX OSV Brattvaag in Norway in 2Q 2014 after the delivery of the hulls from STX OSV Tulcea in Romania. STX OSV already has two OSCVs under construction for the same customer in Norway, and two Platform Supply Vessels (“PSV”) in Brazil. Siem Offshore Inc.

Dual-fuel PSV Chartered Before It's On the Stocks

Siem Offshore Rederi contracts with TOTAL for the long-term charter of its newbuild PSV from delivery in 2014. The contract with TOTAL E&P NORGE AS is for a new dual fuelled large platform supply vessel (PSV). The new PSV is to be operated from 2014 and will serve the Martin Linge field in the North Sea North-West of Stavanger. This is the first long-term PSV contract Siem Offshore holds with TOTAL in the Norwegian sector. The agreement is made at market terms and is for an initial period of four years, with four one-year options. The contract will commence between May and August 2014.

SIS Sets up Home in Brazil

Star Information Systems (SIS) has established a new base in Rio de Janeiro to serve Brazil’s thriving offshore sector. To support the manuever, SIS sent Hans-Kristian Fjaerem, one of the firm’s most experienced consultants, to lead the operation, recruit a local team, and service SIS’ growing portfolio of customers in the region. The pace of economic change in Brazil – now the sixth largest global economy – has been accelerated by the discovery of huge oil and gas reserves in the country’s pre-salt basin, opening up an array of opportunities for national and international offshore operators. 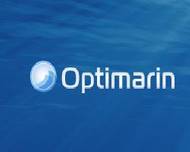 Based on planned IMO compliance deadlines, over 50,000 merchant ships will need to install certified BWT systems by 2016 or 2017; that’s about 10,000 ships per year for five or so years after ratification. Optimarin, a world leader of ballast water treatment systems, is setting its sights on retrofits and newbuilds that represent great opportunity for future business growth. Optimarin today announced global expansion of its company after a period of significant activity, securing BWT system contract wins with a number of major ship owners to be delivered over the next few years. 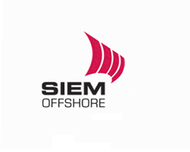 The PSVs Siem Louisa, Siem Danis and Sophie Siem, shall perform regular supply duties. The AHTS vessels Siem Topaz and Siem Aquamarine shall perform Ice Management, ROV and supply duties. The contracts are for a period from April to October 2011 for all vessels. The five vessels shall support the Drillship Ocean-Rig 'Corcovado' and the Semi-submersible drilling unit 'Leiv Eiriksson'. Capricorn Greenland Exploration 1 Ltd. based in Edinburgh, Scotland, is a subsidiary of Cairn Energy PLC UK.

Since the beginning of 2010, OptiMarin AS has received eight orders for the type approved ballast water treatment system OptiMarin Ballast System (OBS). The orders are placed by yards on behalf of major ship owners. •    Four Platform Supply Vessels that K Line Offshore AS are building at STX Norway Offshore AS Brevik. The vessels are of the STX PSV 06 CD design and the technical management of the vessels is entrusted to OSM Shipmanagement AS. •    Two Anchor Handling Tug Supply Vessels that Siem Offshore are building at Kleven Maritime. The vessels are of the VS 491 CD design.

STX Europe has been awarded contracts with Siem Offshore for design and building of two Platform Supply Vessels. The vessels are designed by STX Europe in Ålesund and will be built at STX Europe in Brazil. The vessels are scheduled for delivery in Q2 2012 and Q2 2013. The total value of the contracts amounts to approximately $155.7m. The contracts are signed with Siem Consub SA in Brazil, a subsidiary of Siem Offshore. Roy Reite, President of STX Europe's Offshore & Specialized Vessels business area…