Reygar announced that its BareFLEET remote monitoring system is now in use on 100 vessels worldwide. The growth is in step with a general migration to digital solutions across the maritime sector, and the milestone is punctuated as Reygar expands its control system capabilities across dynamic positioning, autonomous vessels and consultancy, with two new engineering hires and a larger premises in Bristol: James Cook and Richard Crowder. Cook joins the business from Rolls Royce…

Svitzer has announced the purchase of the Dutch tugboat Mercurius, which has been renamed to Svitzer Mercurius and reflagged to the UK.The tug will be deployed in the Port of Southampton, where the tug increases the company’s fleet in Southampton to six vessels with a collective bollard pull of 415 tons.Built by Damen in 2014, the ASD 3212 tugboat has a strong bollard pull of 82 tons and a top speed of 14 knots, powered by two main and two auxiliary engines supplied by Caterpillar. 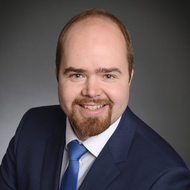 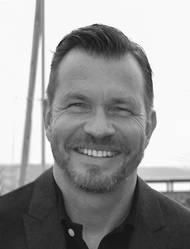 Tillberg Design of Sweden has been a central player in the six-year quest to envision, design, build and launch The Ritz-Carlton Yacht Collection brand. It has had a hand in all design aspects, from vessel exterior and interior, down to the service organization and the crew uniforms, as Fredrik Johansson, MA, Partner, Executive Project Director, explains.“Everything was designed from scratch with one thing in mind: the guest experience,” is how Fredrik Johansson neatly summarizes the quest to deliver the Ritz-Carleton brand to the water. The ship, when delivered from Hijos de J. 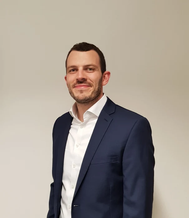 Tom Edwards has been named as ChartCo’s new Head of Procurement, and takes on the responsibility for global purchasing on behalf of ChartCo and its associated offices in this newly created role.Edwards has a strong procurement, purchasing and project management background both within consultancy and industry with Rolls Royce and the BT Group. He will help deliver traceability and responsible sourcing while working in partnership with suppliers to reduce costs, mitigate risks, drive innovation and growth… 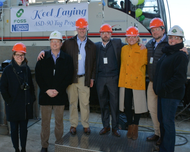 One Sea, the alliance that brings together leading exponents of autonomous ship technology, has secured new funding to support its role as business ecosystem, at the same time adding Shipbrokers Finland as a new partner.An injection of public funds via Business Finland will contribute to the ecosystem’s work for the next three years, as technology partners push forward with further sea trials and One Sea rolls out a far-reaching autonomous shipping standards initiative.The One Sea ecosystem aims to enable autonomous maritime transport by 2025…

Høglund Marine Solutions appointed JJ Ha to the position of Managing Director, Korea, effective January 1, 2019.Based in Høglund’s Busan office, Ha will play a key role in strengthening Høglund’s relationships with ship owners and shipyards in Korea and driving the adoption of LNG and electric hybrid propulsion through Høglund's crucial system integration and automation solutions.Ha joins Høglund from MTS Cooperation, a Korea-based sales agency representing equipment companies in the marine and offshore market, where he worked as Managing Director for 12 years.

Estern Shipbuilding Group announced it has signed a new contract with Bisso Offshore, LLC for the construction of two Robert Allan Ltd. RApport 2400 Ship Handing Tugs with escort capability. The deal was signed on May 31, 2018.Bisso Offshore is one of Eastern’s long term customers and has taken delivery of four previous modern Z-drive tugs from Eastern since 2006.These two new Robert Allan RApport 2400 design tugs have been customized by the designer and owner to provide specific operational features while also meeting new EPA Tier 4 and USCG Sub-M requirements.Joey D’Isernia…

As industry efforts to make autonomous shipping a reality continue, Rolls-Royce and AXA Corporate Solutions have signed a letter of intent (LOI) to explore ways in which they can bring a new risk management offering to the marine market.The companies say they seek to utilize Rolls-Royce Ship Intelligence systems and equipment and AXA’s risk analytics capabilities to support current sailing and future vessels."Combining AXA’s Marine Underwriting expertise and Rolls-Royce Ship Intelligence will enable both companies to deliver higher customer value through continuous innovation…

Rolls Royce and Intel Artificial Intelligence (AI) announced that they’re bringing advanced intelligence to cargo shipping to deliver on the benefits of an autonomous shipping future.As part of its effort to make commercial shipping safer and more efficient, Rolls-Royce is working to develop fully autonomous shipping solutions using artificial intelligence (AI) powered by Intel Xeon Scalable processors and Intel 3D NAND SSDs for storage.“Delivering these systems is all about processing – moving and storing huge volumes of data – and that is where Intel comes in.

Rolls-Royce continues to develop its ship intelligence offerings to the market, and now introduces a pioneering new solution for Health Management of ship equipment.The technology is aimed at elevating the way in which customers manage and maintain the equipment and systems onboard their ships.Health Management is designed to provide ship operators with an unsurpassed level of understanding of the operational health and performance of all the machinery installations onboard.Developed by the Ship Intelligence team at Rolls-Royce…

Industrial conglomerate Rolls-Royce is considering selling the bulk of its struggling marine business as the company embarks on another restructuring which aims to further slash costs. "We are embarking on a further simplification of the business, including the evaluation of strategic options for our Commercial Marine operation and a reduction from five operating businesses to three core units based around Civil Aerospace, Defence and Power Systems," said a press release from the company.

Rolls-Royce is to supply more MTU engines to fast ferry operator Majestic Ferry in Singapore. Designed by Incat Crowther, a total of seven new fast ferries are being built at PT Cahaya shipyard in Batam, Indonesia over the next two years. Rolls-Royce is to supply 14 MTU engines for them by 2019. Each of the twin-hulled vessels is to be powered by two MTU 16V 2000 M72 units. “The determining factor for this follow-on order is the positive experience the operator has had with MTU engines and with our service,” said Chew Xiang Yu, a member of marine sales staff at MTU Asia.

Nor Lines Adds Calls at Rotterdam

Samskip subsidiary Nor Lines will include calls at Rotterdam for the first time in its weekly multipurpose liner service connecting to Western, Mid and Northern Norway, with effect from June 1. The service is provided by Nor Lines’ liquefied natural gas (LNG)-fuelled vessels MV Kvitnos and MV Kvitbjorn, which each offer 1,500 lane square meters (550 lane meter) of RoRo capacity, 122 TEU as container space, 1,500 tons of reefer space in the lower holds and come equipped with a heavylift crane.