The end of El Nino could boost Atlantic hurricane activity.August 8, 2019 NOAA forecasters monitoring oceanic and atmospheric patterns say conditions are now more favorable for above-normal hurricane activity since El Nino has now ended. Two named storms have formed so far this year and the peak months of the hurricane season, August through October, are now underway.Flooding is always a significant threat during tropical cyclones. In August 2017 Hurricane Harvey struck the Texas…

Starting August 1 and until November 30, 2019, the Panama Canal will promote the implementation of the International Maritime Organization’s (IMO) annual recommendations on speed and maritime transit aimed at protecting cetaceans, which include whales, dolphins and other large aquatic mammals, during their nearby seasonal migration.With these measures, ships should proceed at a speed of not more than 10 knots in specified areas. Panama has monitored this requirement since December 1…

Japanese shipping giant Mitsui O.S.K. Lines, Ltd (MOL) said that its liquefied natural gas (LNG)carrier LNG Pioneer safely rescued four castaways in the Pacific Ocean about 270km off Davao in the Island of Mindanao, the Philippines.The Bahamas-flagged LNG Pioneer was sailing off the coast of Davao Oriental province in the southern Philippines when it came across the distressed crew floating in the water aboard what was left of their fishing boat.The sequence of events was as follows:At 11:28 (all times in local time) on July 5…

Breakbulk and project heavy lift specialist AAL Shipping has shipped 22 petrochemical plant modules from Wison Heavy Industry’s facilities in China for the an ethylene-glycol plant expansion project in Point Comfort, Texas on behalf of Pacific Ocean Group.The shipment of 22 modules – 26,000 cbm in total and weighing 1,280 t – was loaded in Nantong and transported on a single sailing to Point Comfort aboard the mega-size MPV, the A-Class 31,000 dwt AAL Pusan.The project made good use of her 700 t max heavy lifting gear in loading and discharge operations…

Specialist breakbulk and project heavy lift carrier AAL has successfully shipped 22 petrochemical plant modules from the Wilson Heavy Industry Company in Nantong, to the Ethylene Glycol II Expansion Project in Point Comfort, Texas on behalf of the Pacific Ocean Group Limited.The shipment of 22 modules – 26,000 cbm in total and weighing 1,280 t – was loaded in Nantong and transported on a single sailing to Point Comfort aboard the mega-size MPV, the A-Class 31,000 dwt AAL Pusan.

The Panama Canal has signed a memorandum of understanding with the Port of Itaqui to promote the shipment of grains and other cargoes in the commercial route from Brazil through the Panama Canal to destinations located in the Pacific Ocean.Itaqui, located in São Luís, Maranhão, is the Brazilian port closest to the Panama Canal. It  has the infrastructure and connectivity necessary to move these exports to markets in Asia."With this agreement, the Panama Canal looks to promote…

At the beginning of November, two Liebherr mobile harbor cranes type LHM 600 arrived at Yilport’s recently acquired terminal in Guatemala. An option on two more LHM 600 underlines the forthcoming strategic partnership between Liebherr and Yilport. Yilport Holding is a subsidiary of Yildrim Group and was established in 2011 to consolidate port and container terminals on an international level. Yilport globally operates 21 marine ports and terminals and 6 dry terminals. The latest member of Yilport’s terminal portfolio is Guatemala’s largest Pacific Ocean port Puerto Quetzal.

The Panama Canal signed a Memorandum of Understanding (MOU) in Cuiabá, Brazil that will promote the Panama Canal's position as a route for grain shipments traveling from northern Brazil to ports accessed in the Pacific Ocean. The agreement, signed with the Association of Soybean and Corn Producers of Mato Grosso (Aprosoja), will allow the two groups to conduct joint marketing activities and exchange market studies and information on trade flows to support modernization and improvement programs.

APL has unveiled its Aloha Express (AEX) service, a new fortnightly service directly connecting Central China, Korea, Japan to Hawaii. The AEX service promises cargo delivery from Shanghai, Busan and Yokohama to Honolulu in 19, 15 and 12 days respectively. “The AEX service introduces a new sea route in our portfolio to directly serve Asia and Hawaii. Instead of routing via the U.S. mainland, shippers with Hawaiian-bound cargo will find a faster shipping alternative in the AEX service,” said Jesper Stenbak, APL Senior Vice President of Trans-Pacific Trade.

Less than nine months after the historic inauguration of the Expanded Canal, the Panama Canal has announced that it has welcomed its 1,000th Neopanamax vessel through the waterway, highlighting the importance of the route and customers’ continued faith in the safe, reliable and efficient service the Canal provides. On Sunday, March 19, the containership Mediterranean Shipping Company's MSC Anzu made the historic 1,000th transit through the Expanded Canal, heading northbound from the Atlantic to the Pacific Ocean. 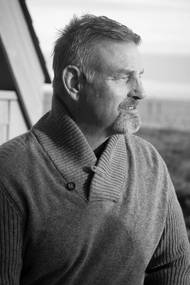 A U.S. government weather forecaster on Thursday reduced its outlook that La Nina conditions would develop in next few months but said it still expected the weather phenomenon to occur this fall or winter. The National Weather Service's Climate Prediction Center said in its monthly forecast that La Nina was "slightly favored" to develop through October. That was a small change from July, when it stated the conditions were "favored" to occur. The agency maintained its forecast of a 55 percent to 60 percent chance that La Nina would develop during the fall and winter of 2016/17.