With the Coronavirus pandemic hitting many segments of the global shipping industry particularly hard, it is understandable that businesses of all sizes are reviewing their budgets for 2020 and beyond and looking for ways to reduce costs while maintaining their operations. Supply chains are being disrupted, inspections postponed or conducted remotely, crew transfers complicated, and paperwork ditched as social distancing measures are in place. The role of the ship agent is of even greater importance during these troubling times… 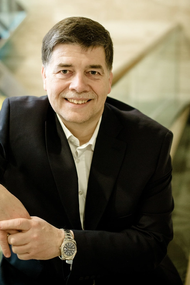 The global port operator DP World's UAE Region has been recognised for its efforts to create a more efficient and sustainable supply chain when it was awarded the Supply Chain Sustainability Award at this year’s Gulf Petrochemicals and Chemicals Association (GPCA) Supply Chain Conference.Mohammed Sulaiman, Business Development Manager of DP World, UAE Region, received the award on behalf of the company at a ceremony held at the Intercontinental Hotel in Dubai’s Festival City,…

Korean Register (KR) has opened a new ICT (information communications technology) Center to enhance the application of advanced information and ICT across the maritime and ship classification industries. According to KR, the new high-tech facility has been launched in response to demand from the Korean shipbuilding and marine transport industries, keen to be more competitive in a challenging market. It seeks to address the fact that advanced onshore technologies have been difficult to adapt for maritime applications…

Microsoft swims to ocean’s depth to test underwater data center as environmentally friendly cloud computing alternative. The software giant has dropped a data center into the Pacific Ocean off California. Microsoft  gave details of its rationale for going underwater, explaining the idea, called Project Natick, would cut costs when it comes to keeping the data center cool, as well as be environmentally friendly and more responsive to customers. "It may sound like something from a James Bond film…

The Chief of Naval Operations' (CNO) Rapid Innovation Cell (CRIC) recently developed a basic prototype for an information system that will promote more collaboration between Sailors and commands during the job detailing process. "Our goal is to build a process that is transparent, flexible and gives more influence to commands, so they can build better teams, as well as to Sailors so they can have more say over their lives," said Lt. Cmdr. Mike Mabrey, CRIC project lead. Their…

ENVITIA has appointed Dr. Stefano Cavazzi to the role of Geospatial Intelligence (GEOINT) Consultant. Cavazzi will be responsible for providing expertise to customers with respect to Spatial Data Infrastructures, INSPIRE, Cloud Computing for Government Solutions (G-Cloud), web services and GIS technology for environmental management. Cavazzi joins ENVITIA from the Science and Technology Facilities Council (STFC) where he conducted research on offshore wind power and renewable energy. Prior to joining the STFC, Stefano was a GIS consultant at Mouchel.

Vistronix has acquired the Agency Consulting Group (ACG). The McLean Group's Aerospace, Defense & Government Services (ADG) practice served as the exclusive mergers and acquisitions (M&A) advisor to ACG. Founded in 2004 and based in Columbia, MD, ACG provides technical solutions in the areas of cloud computing analytics, critical systems infrastructure and specialized mission solutions. ACG is a primary architect of the intelligence community’s migration of applications, software and infrastructure to cloud-based, virtual environments.

Keppel Telecommunications & Transportation (Keppel T&T) has today issued a circular to Keppel T&T shareholders together with a notice of extraordinary general meeting (EGM). Approval will be sought at the EGM, which will be held on 25 November 2014, for the proposed listing of Keppel DC REIT on the Main Board of Singapore Exchange Securities Trading Limited (the SGX-ST). Keppel T&T will also seek the approval of shareholders on a proposed divestment of Keppel T&T's interests in Keppel Digihub…

The Broadband of Competitive Advantage

Inmarsat Maritime President Frank Coles said the efficiency gains of the “Maritime Industrial Internet” are at hand, if only shipowners can grasp the potential for competitive advantage. The first satellite in the Global Xpress fleet will complete all of its testing by July of this year, with the second and third satellites on schedule to be launched by the close of 2014. The Global Xpress Maritime service is expected to become globally available from the end of the first quarter of 2015. 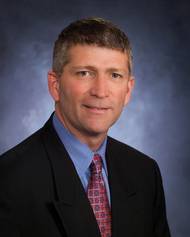 Globe Express Services , one of the world’s top 100 global logistics providers with a market presence in over 80 countries, proudly announces that Steve Hankins has joined the company as Executive Vice President, Chief Financial Officer and Chief Information Officer. Mr. Hankins, who will report directly to President and CEO Michael C. Hughes, has successfully managed all aspects of Finance and IT during his 21 year career with Tyson Foods, a multi-billion dollar organization.

The advent of maritime communications is at a crossroads of sorts, with increased demand for connectivity that mirrors land-based performance, but still stuck at a price point which makes this reality too costly. The situation is particularly poignant onboard modern cruise ships, packed with thousands of passengers and crew that want and need to stay connected. Enter MTN Satellite Communications which today announced the launch of its MTN Nexus, the company’s next-generation communications network.

IBM contracted by Daewoo Shipbuilding & Marine Engineering (DSME) to revamp its IT infrastructure. DSME), one of the world's largest shipbuilding and offshore companies, has engaged IBM to build a stronger and more resilient IT environment around IBM's advanced storage systems to help the company better manage its Big Data challenges. "With a vision of becoming the top general heavy industry group in the world, DSME aims to drive business transformation and innovation for continued growth," said Seung uk So, Leader of the DSME IT Planning Group. 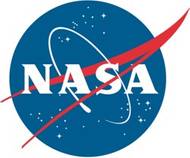 What happens when Silicon Valley meets marine science? You have a robot that can operate independently for years at sea. Bill Vass, CEO of Liquid Robotics is to present a talk at NASA's Langley Research Center,  "Where The Cloud Meets the Ocean," discussing how seven megatrends are converging to change the way ocean research operations and data collection is done across the globe. Ocean operations and data collection has historically been done with expensive ships, buoys, and satellite systems.

The Directors of Keppel Corporation Limited advise the following unaudited results of the Group for the full year ended 31 December 2011. The FY 2011 Report Card and the Address by Mr Choo Chiau Beng, Chief Executive Officer, are below. I am pleased to announce that 2011 was yet another record year for Keppel Corporation. Our net profit grew by 14% to a new high of nearly $1.5 billion. This is the fifth year running that our net profit has surpassed the $1 billion mark. Also for the fifth consecutive year, our Return on Equity has remained above 20%.