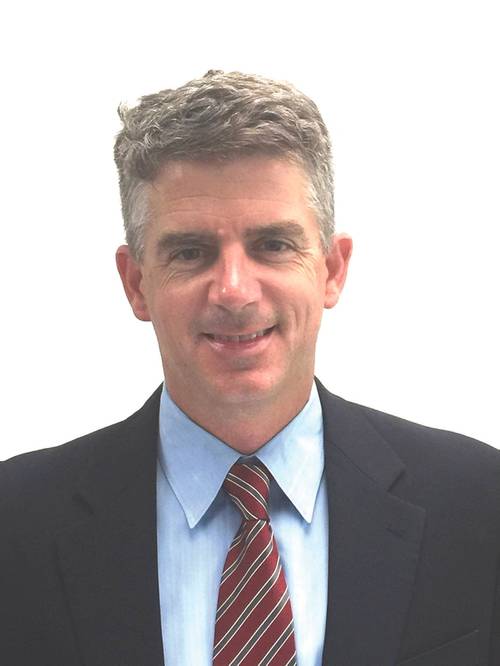 Todd Schauer is Director of Operations at Resolve Marine Group, as well as President of the American Salvage Association. After graduating from the U.S. Coast Guard Academy with a degree in Naval Architecture in 1991, he followed that up with graduate degrees in Naval Architecture, Marine Engineering and Mechanical Engineering from the University of Michigan. And, while his considerable U.S. Coast Guard experience includes shipboard engineering, marine safety, advanced engineering and emergency response, he is best known for his longtime role in the commercial salvage business. Schauer possesses more than 25 years of success as a Project Manager, Salvage Master, Naval Architect, and Marine Engineer; including 20 years of salvage related experience, underscored by five years of service on the USCG Salvage Emergency Response Team (SERT), including acting as Team Leader. Simply put, this salvage and response professional has done it all. Today, he is directly responsible for Resolve’s global salvage, wreck removal and firefighting operations. His most recent major project accomplishments include wreck remediation of the M/V Rena and the Ro/Ro Amadeo 1 wreck removal. The American Salvage Association (ASA) is indeed fortunate to have him at the helm, and we are similarly grateful to have him weigh in on the hottest response topics of the day. Listen in as Todd Schauer schools us on ‘all things salvage.’

Give us an overview of the salvage industry in 2016 – the good and the bad – domestically and across the globe. What’s the number one thing on your plate today?
The salvage industry is under a lot of pressure in 2016. In addition to a declining number of ship casualties, salvors are not immune from the economic trends of shipping and offshore markets which are clearly dismal in many sectors. While not directly linked to oil and gas, many salvors are diversified into offshore services, platform decommissioning, offshore towing, etc. and this business has slowed remarkably. It is a very tight market and there is fierce competition for the work that is available. Concurrently in the U.S., there is the added pressure of increased regulations including the recent entry into force of the NPREP Guidelines which represent a substantial increase in the frequency and complexity of salvage and marine firefighting (SMFF) drills and exercises required for all ships. The U.S. Coast Guard has also commenced another strict round of verifications for required SMFF capability that is generating some stress and may require additional spending. In short, salvors are going through a difficult phase. If there is good news, I guess it’s that you don’t have to look very far to other shipping segments to find that things could be much worse. While I understand that the situation we are in is market driven, I do struggle to accept the imbalances that exist. Considering the broad range of emergency and wreck removal services that the salvage industry provides worldwide with an “any problem, anywhere, anytime” mindset and capability including fully developed systems of response professionals and equipment, it isn’t hard to imagine how the industry can be under so much pressure. The extreme value of our small industry to the shipping community, the environment and the public good is exceptional and this value seems greatly unbalanced compared with the returns that exist in the current market and the foreseeable future.

The LOF – are clients warming up to it? How widespread is its use? What is its future? What if it goes away – what is the ultimate impact on the salvage business?
I don’t think clients are warming up to the LOF and the opposite may well be true. What is getting lost by the reluctance to utilize the LOF is the concept of duly rewarding salvors for taking risks and also the incentive for salvors to re-invest in response capability and equipment. Taken at a time when salvors are facing extreme response challenges including mega ship salvage issues, deep water salvage and pollution mitigation requirements, and the proliferation of LNG vessels, mega passenger vessels, etc., the need for re-investment has never been higher to assure that proper response capability exists. Unfortunately, I believe that many owners and underwriters have a short term focus driven by quarterly reports and it will likely take some very expensive incidents such as mega containership groundings without the necessary container lightering capability to highlight the need to properly incentivize salvors via pure salvage contracts and other means to develop the requisite tools to meet the demands of the rapidly changing shipping industry.

Market pressures have prompted both consolidation and diversification among the salvors. Tell us why, how and where this is happening.
Consolidation is the recent story of the industry. Salvors all carry very large overheads in the form of personnel, facilities and portable and floating equipment at the ready for emergencies. We are living in a time of declining casualties and at the same time, heightened regulations and requirements for prompt and effective response. Further, the size and complexity of ships and cargo continues to grow putting further pressure on salvors to be prepared for all variety of issues. Something has to give and recently it has been the number of players in the market. Diversification has been instrumental for many companies to stabilize cash flow. I think we will continue to see dynamic moves within the industry and those with the best models for survival will emerge strong.

Can U.S. responders compete on a level playing field in the international salvage markets? Give us a garden variety example of where this has occurred.
Without a doubt the U.S. responders can compete in the international market and do so every day. In fact, our U.S. based ASA members represent a very large percentage of the major international salvors. Notable recent jobs performed by our members include the Costa Concordia in Italy, the Rena in New Zealand, the Baltic Ace removal project in the North Sea, and the Amadeo 1 removal from Southern Chile. The competitiveness of these salvage companies on the world scale is a tribute to their strength, capability and global network. Being better, smarter, faster, and more cost effective are all essentials to winning major international contracts; for those reasons, I believe that the heightened demands of operating in the U.S. system have directly aided the U.S. companies in competing internationally.

At one point, no SMFF retainer fees were being charged by Core Providers for non-tank vessels. As the number of U.S. salvage emergencies – the traditional source of revenue for salvors – continues to decline, can U.S. salvors sustain that business model?
I do not believe that the U.S. response model for salvage and firefighting can be sustained without some level of subsidizing – you simply can’t maintain the best response capability in the world based on declining emergencies and, subsequently declining revenue. The race to the bottom in retainer pricing that occurred at the implementation of the SMFF rules when Core Providers were trying to grab market share is effectively over and we are already seeing a correction to increased retainer fees for this response capability.

Sum up the so-called ‘U.S. Response Model’ in a nutshell. Is it relevant in other parts of the world? Do you envision this model gaining traction internationally?
The U.S. Response Model for casualty response is a system of many interacting components that ensures a proper response occurs in line with national priorities when a casualty occurs. This includes a national framework of laws and response protocol (administered by federal and state agencies) addressing many preparedness and response issues, responsible owners and operators that operate in U.S. waters, and the response industry that stands at the ready. There are many highlights of this system including a well rehearsed Incident Command System (ICS), strictly enforced requirements for financial responsibility (COFR’s), and U.S. Coast Guard prescribed and vetted standards for spill response, salvage and firefighting responders along with pre-agreed response contracts. An additional major benefit of the U.S. Model is the funding mechanism that is available through the Oil Spill Liability Trust Fund to handle situations where the resources of the responsible party are exceeded or limits of liability have been reached. There are many other features of the system and while not every aspect may be viewed positively by every stakeholder, there can be no argument that the system is not effective or that the U.S. is not prepared to respond to a major incident. One physical testament to the U.S. system is essentially the wreck-free nature of U.S. waterways – while not perfect, it is a starkly positive contrast to the ports and waters of many developing countries that can be found littered with wrecks, many of which can be witnessed to be actively polluting. In the ASA’s continued outreach efforts, including our expansion throughout the Americas, we highlight the benefits of an advanced response model and share lessons learned from the international experience of our members as well. Be assured that there are many developing countries struggling with the basics of such a system and without the proper laws and structure to enforce simple things such as pollution response, COFR’s or wreck removal orders. Business issues aside, we all have an obligation to preserve and protect the environment of our sensitive planet and the ASA is pleased to promote such efforts.

In 2013, NOAA submitted a report to the U.S. Coast Guard after completing an assessment of known and potentially polluting sunken wrecks in U.S. waters, known as the Remediation of Underwater Legacy Environmental Threats (RULET) project. This report identified 17 high risk wrecks that were recommended for further assessment and potential oil removal. Has any action been taken to address these high risk wrecks?
We have been waiting for action from the U.S. Coast Guard since the time this report was published. Quite frankly, the ASA is very disappointed that the Coast Guard has taken no action to address these wrecks which clearly represent a substantial threat of pollution. Further, we are aware of some of these wrecks that are actively leaking oil. While these submerged projects can be challenging, this is exactly the kind of environmental protection work where our ASA members thrive. Further, the Coast Guard has a process and a ready source of funding for handling such assessment and removal operations within the Oil Spill Fund. We do not understand the inaction for the past three years. When one of these aging wrecks inevitably spills a load of oil, the Coast Guard will have a lot of explaining to do to the public.


(As published in the October 2016 edition of Marine News)