Tendeka has appointed a new business development manager for South America as the company increases its support for oil and gas operators in the region.Renato Barbedo will work with operators across the continent to deploy Tendeka’s broad range of products and technologies.Barbedo brings over two decades of global experience in upstream projects to the position. He previously worked with Schlumberger and Emerson and has vast experience in the areas of sand control, well construction and completions…

Integrated marine and subsea solutions provider Unique Group has announced the acquisition of the Australian-company Western Advance’s Marine Division.The provider of services and solutions for the offshore, subsea and life support industries also announced the appointment of Chris Forde as its new regional vice-president.Western Advance’s integration with Unique Group ties in with the Group’s strategy to enhance its portfolio of autonomous solutions for marine, offshore and subsea industry operations in the region.Harry Gandhi…

Seiche Water Technology Group has announced that COO Mark Burnett has been promoted to Chief Executive Officer. Burnett will be responsible for the strategic direction of the business, which provides Passive Acoustic Monitoring (PAM), marine environment and visual monitoring technology solutions to the oil and gas, renewables, marine construction, marine science, utilities, power and defense sectors.Burnett joined Seiche as UK Regional Director in November 2016, before being promoted to COO in March 2018. Previous to joining Seiche, Burnett was Chief Executive Officer of WGP Group.

American seabed exploration company Ocean Infinity has announced the appointment of Paul Helmore as Chief Commercial Officer (CCO).Paul has spent his career to date in business development roles, and brings a track record of managing complex commercial situations and driving international growth. He joins Ocean Infinity from Schlumberger, where most recently he was Director Global Accounts, responsible for overseeing relationships with many of the company’s fastest growing, technology led…

With less than a week until Christmas and most of our presents bought, we're feeling the pinch. However, that's nothing compared to the amount that some have been spending this year. VesselsValue's Senior Analyst Court Smith gives a rundown on which countries have splashed the most cash on second hand vessel purchases over 2018.USAJP Morgan Global Maritime is the US company who has spent the most on second hand vessels: 308 million USD so far in 2018. However, they have changed their purchasing strategy half way through the year.

FairfieldNodal has changed its name to Fairfield Geotechnologies (Fairfield Geo). The name change reflects Fairfield Geo’s strategy and continuing evolution as a provider of life-of-field technology, data and solutions.FairfieldNodal pioneered the use of ocean bottom nodes (OBN) and is a leading provider of ocean bottom nodal technology, related services and data to Oil Majors, National Oil Companies and Independent Operators. The data and services are necessary to manage reservoirs…

Malaysia-based international offshore energy facilities and services provider Bumi Armada Berhad has announced the resignation of Encik Shaharul Rezza bin Hassan, Executive Director and Head of Offshore Marine Services (OMS) of Bumi Armada Berhad. Encik Rezza will officially relinquish his roles at the Group on the 28 of February 2018. He has requested an early release from the Group to pursue other interests outside the Group. Rezza joined Bumi Armada in September 2005 and prior to his current role as Head of the OMS business, he was the CFO.

Since 2004, well construction costs in the UK Continental Shelf (UKCS) have doubled, directly impacting drilling activity which is currently at an all-time low. However, collective industry efforts are already focusing in on how a reduction in core drilling costs of 50 per cent could potentially unlock around five billion boe of known reserves over the next decade. The significant work the industry is doing through the Technology Leadership Board (TLB) to address the well cost reduction challenge…

EV has announced the appointment of a new chief executive officer. Bringing over 28 years’ of industry experience to the role, Fraser Louden has held a number of positions within a range of oil and gas service companies - including 17 years with Schlumberger - in global management and leadership posts. His career has also seen him work as managing director, and subsequently as chief executive officer of READ Well Services. Fraser joins EV from his most recent position as managing director at ALS Oil & Gas, Houston, which was a role he held for four years.

Schlumberger Ltd, the world's No.1 oilfield services provider, said it was optimistic that it had completed the job cuts needed in this oil downturn. Executives speaking on the company's earnings call on Friday said they expected "positive movement" in oil prices in 2016, but that any significant recovery in activity levels would come next year. Schlumberger reported a slightly better-than-expected quarterly profit on Thursday as it cut costs again - mostly through 10,000 job cuts - and the company unveiled a $10 billion share buyback program.

Golar LNG Teams Up with Schlumberger

Golar LNG has signed a Memorandum of Understanding with Schlumberger to co-operate on the global development of greenfield, brownfield and stranded gas reserves. Under the Memorandum, Golar and Schlumberger have agreed to jointly market gas monetization solutions to owners, investors and governments. Golar will contribute the Floating LNG assets and technology while Schlumberger, via its special project management division, will provide upstream development knowledge, resources and capital.

Oilfield services giant Schlumberger is entering Ophir Energy’s Fortune floating liquefied natural gas (LNG) project off Equatorial Guinea after agreeing a preliminary deal with the UK player for a stake in the development. The non-binding agreement has Schlumberger receiving a 40-percent interest in the project, with a permanent deal expected in Q2 2016. The services provider plans to reimburse 50 percent of Ophir’s past costs through a development carried interest. It is expected to cover the company’s capital expenditure on the project until the first sales of LNG.

Malaysia has opened an area of its offshore waters to the multi-client seismic model for the first time. The move is a result of a new initiative by Petronas to stimulate offshore E&P investment activity. “A consortium comprising of PGS, TGS and Schlumberger WesternGeco, the industry’s three largest multi-client companies, have successfully won the tender for the rights to undertake a multi-client seismic program offshore Sabah,” TGS,  a Norwegian seismic company said. Offshore Sabah sits in an active fold-and-thrust province that hosts a number of proven hydrocarbon accumulations.

AccessESP, a provider of rigless electric submersible pump (ESP) conveyance solutions for the worldwide oil industry, has named John Algeroy as the Europe and Africa Region Manager. Based in Houston, he will be responsible for all marketing, sales and operations for clients throughout the region. Algeroy joins AccessESP with 32 years of domestic and international oilfield experience where he has served in a variety of operational and managerial positions, primarily in the completions sector. 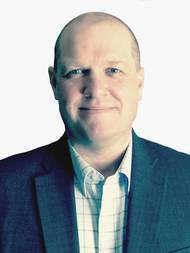 WFS Technology Ltd. has appointed Graeme Slater as Sales Manager for the U.K., Australia and Southeast Asia. He is based in Aberdeen. Since joining WFS in March, Slater has been supporting the company’s U.K. and international customers in its use of Seatooth-enabled products to increase production and reduce costs. Prior to joining WFS Slater spent 13 years at Schlumberger in domestic and international managerial positions as the main point of contact. Before Schlumberger, he worked in engineering roles for National Oilwell Varco and Wood Group Engineering.

Oscar Spieler-led LNG shipowner Golar LNG Ltd. (GLNG) on Tuesday reported a loss of $80.1 million in its first quarter. The results did not meet Wall Street expectations. The average estimate of seven analysts surveyed by Zacks Investment Research was for a loss of 41 cents per share. The operator of carriers for natural gas shipping posted revenue of $18.6 million in the period, also falling short of Street forecasts. Four analysts surveyed by Zacks expected $23.1 million. The early part of 2016 has witnessed a continuation of the weak LNG freight market, says a company statement. 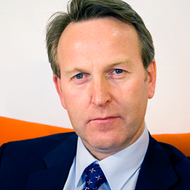 Aker Solutions has appointed David Clark as regional president of the U.K. and Africa to oversee an expansion and support operations in these key markets, the company announced today. Clark, a U.K. national, has more than 30 years of experience from the oilfield services, projects and contracting industry, most recently as vice president of production facilities for Schlumberger. He has also held leadership positions at Wood Group and Technip and has broad international experience in overseeing operations and new business developments.

Two Named to NSRI Board

Melfort Campbell and Martin Jones have been appointed to strengthen the board of the National Subsea Research Initiative (NSRI). With impressive pedigrees in innovation and technology in the subsea industry, these new board members will help NSRI deliver its aim of bringing new technology to market that will reduce costs and deliver efficiencies and help the UK subsea sector maintain its world-leading position. NSRI is the focal point for research and development in the UK’s subsea sector, which is worth $13.9billion to the economy. 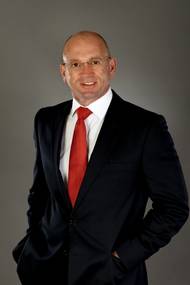 Subsea technology company Sonardyne International Ltd., UK has  announced the appointment of Robin Bjorøy as its new Managing Director. Bjorøy succeeds John Ramsden who leaves the position after six years in charge to return to Singapore following a transition period. Bjorøy joins Sonardyne with immediate effect and brings with him  operational and management experience gained over a 27 year international career with GecoPrakla, WesternGeco and Schlumberger. Bjorøy has served in seismic field surveys…