Roman Miroshnichenko has been appointed as Managing Director of Gazpromneft Marine Lubricants, the new operating company.Roman Miroshnichenko has more than 20 years of experience in the marine industry, and specifically in the field of marine lubricants. His career in the structure of Gazprom Neft started in 2011, when he took the position of the director of Gazpromneft-Lubricants branch in St. Petersburg and headed a new business line for production and sale of marine lubricants.

Russian oil and gas company Gazprom Neft has announced that a working meeting has been held between Alexey Miller, Chairman of the Gazprom Management Committee, and Hee-Bong Chae, President and Chief Executive of KOGAS.The meeting participants reviewed the state and prospects of cooperation between the companies, highlighting the stability of LNG supplies under the contract between Sakhalin Energy Investment Company Ltd. and KOGAS.The parties expressed interest in further expanding…

The Gazprom Neft bunkering business Gazpromneft Marine Bunker has concluded new agreements with cruise operators Royal Caribbean International and Saga Cruises.Gazpromneft Marine Bunker will be managing approximately 60 bunkering operations for Royal Caribbean and Saga cruise liners during the summer navigation season (May—September 2019) at St Petersburg’s Marine Façade passenger port.Total sales of marine fuels under these contracts are expected to be in the order of 55,000… 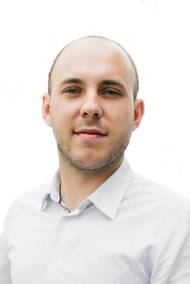 Gulf Petrochem Group (GP) has further strengthened its European bunkering division by establishing a Russian and Baltic trading desk within the Rotterdam office. Boris Kuftyrev has been appointed to manage this desk overseen by Chris Todd in Europe’s largest bunkering port, Rotterdam. Kuftyrev has in-depth knowledge and experience having previously held the position of head of sales at Gazpromneft Marine Bunker ltd. He joins GP’s ever expanding back-to-back bunker team and will specifically look to develop the group’s presence in the Russian and Baltic region.

Sovcomflot’s three unique Arctic shuttle tankers, of the Shturman Albanov series, have now transported one million tonnes of crude oil produced at the Novy Port oil and gas condensate field, from the Gulf of Ob (Kara Sea) to the port of Murmansk. The milestone millionth tonne cargo of oil was loaded on Shturman Albanov on 29 January 2017 at the Arctic Gate marine terminal located near Cape Kamenny (Gulf of Ob). In total, SCF tankers have completed 33 voyages with Novy Port grade oil since last autumn.

Transparency Market Research launched its latest study on the global bunker fuel market, in terms of revenue and volume. The report predicts that the global bunker fuel market is likely to reach an estimated volume of 460 million tons by 2020. The market, therefore, is poised to exhibit a moderate 3.1% CAGR during 2014-2020, expanding from 372.30 million tons in 2013. Bunker fuel is a fractionally distilled liquid fuel derived from crude oil. Also known as fuel oil, the substance can be classified on the basis of its chemical composition, intended purpose, and boiling point.

Vyborg Shipyard signed a License and Concept Design Agreement with the Finnish engineering company Aker Arctic Technology for two icebreaking support vessels. Two multifunctional diesels-electric- powered icebreakers 22 MW will be built at Vyborg Shipyard by order of LLC Gazprom Neft Novy Port. In the nearest time Aker Arctic engineers will start development of concept design package and perform model tests in open water and in ice conditions. At a later stage on the basis of the concept design there will be developed technical design for the vessels.

Shell to sign Russian Arctic deal with Gazprom Neft, Kremlin reveals. The companies are preparing to sign an agreement that will cover joint offshore drilling in the Russian Arctic as well as shale oil projects onshore in Western Siberia, reports The Telegraph. Gazprom Neft is the majority-owned, oil-focused arm of gas giant Gazprom, which is in turn majority-owned by the Russian state. The deal comes just weeks after Shell was forced to delay its high-profile exploration campaign in the Alaskan Arctic for another year after a series of setbacks blighted its campaign in 2012.

Arctic Pipeline being Built from Messoyakhinskoe

Messoyakhneftegaz has began building a pressurized pipeline from the Messoyakhinskoe group of deposits, located to the north of Yamalo-Nenets Autonomous Region, to the main Arctic Circle-Purpe pipeline system. The oil pipeline with a maximum capacity of 7 million tonnes a year will be laid on both sides at the same time, and its length is 96.5 km. Oil transportation is scheduled to begin at the end of 2016 after the launch of the East Messoyakhinskoe oil fields into operation.

Rosneft and Lukoil signed a package of legally binding documents regarding Rosneft’s acquisition of 20% share in the National Oil Consortium LLC (NOC). Due to this deal the share of Rosneft in the charter capital of NOC will increase to 80%, with the remaining 20% owned by Gazprom Neft. Consolidation of the consortium management resulting from the deal will allow to substantially improve operational control and have positive impact on the Junin-6 project implementation efficiency.

Royal Dutch Shell is committed to expansion in Russia, Chief Executive Ben van Beurden told Russian President Vladimir Putin at a meeting on Friday amid sanctions imposed on the country after its annexation of Ukraine's Crimea region. Shell plans to expand Russia's only liquefied natural gas (LNG) plant with Russian partner Gazprom, he said at a meeting at Putin's residence. "We, of course, will pledge all the necessary administrative guidance and support," Putin said in response in a meeting that was later broadcast on national television.