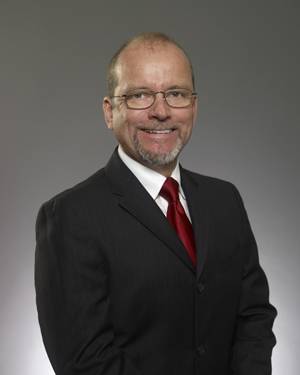 As current President of the American Salvage Association (ASA), you are the best choice to give us your outlook on the global salvage and recovery markets. With that in mind, what kind of interaction do you have with the International Salvage Union (ISU); where do you cooperate on issues, and how?

The ISU and the ASA are equally committed to supporting the continued growth and sustainability of a professional salvage industry. The interaction between the two organizations is positive and supportive and is cultivated through participation in conferences, membership meetings, and routine communications. In fact, more than half of ASA general members are also ISU members allowing for enhanced communications and cooperation. While the ASA remains actively committed to tackling specific issues concerning salvage and wreck removal in North America, both entities are currently focused in critical common issues such as responder immunity and the value of salvage in mitigating environmental damage.


The implementation of the new USCG Fi-Fi rules was a huge step forward for response and recovery providers. This was something ASA worked very hard on, in concert with the U.S. Coast Guard. The Coast Guard says that these rules were implemented in a generally smooth fashion. What’s your take on that and why are the new rules so important?

Frankly, the USCG salvage and firefighting regulations represent a great achievement for the entire maritime community. The regulatory process has, in fact, catalyzed the improvement of salvage response infrastructure in the U.S., leaving shipowners and their underwriters, the end users of salvage services, with a "supercharged" emergency response system. The Coast Guard certainly looks at the rules from a different window than salvors and shipowners, but all in all, the process was fruitful. There were some bumps in the road which were overcome through open and proactive communications between the regulated and the regulators. Now that we have obtained tank vessel regulations, we look toward non-tank vessel regulations.


The second Wrecks of the World (WOW II) conference just wrapped up. ASA was a big part of that conference. Tell our readers about some of the advancements and developments that occurred since WOW I, almost two years ago. Is funding becoming more available to address these lurking, undersea oil-filled hulls? If so, from where will it come?

The ASA is fully committed to marine environmental protection. We are firm believers that tackling potential polluting wrecks before they leak out to sea is a win-win strategy for all concerned. Our focus will continue to target the increased awareness of all stakeholders around America's coasts so they fully grasp the true benefit of subsea remediation while understanding that "Out of Sight" cannot be "Out of Mind" when dealing with the fragile marine environment. Subsea technology continues to leap ahead every day and its integration into the traditional salvage toolbox has been very successful. Last year some congressional funding was appropriated for NOAA to conduct some initial risk assessment. In addition, the USCG has just issued a public request for quotations to carry out the on site assessment of the S.S. MONTEBELLO which is sunk in about 900 feet of water outside the California coast. Funding is becoming available for assessments and depending on the findings, funding could be made available for actual oil removal operations.


If you had to put your finger on one thing that troubles or concerns ASA members today, what would that be, why, and what could be done about it?

The biggest challenge to our industry has always been the potential liability exposure when responding to casualties involving oil spills, coral reefs, or other third party impacts.  Salvors are tasked with responding to save ship, cargo, and the environment under unique circumstances and abnormal conditions, ranging from a tanker on fire to a foundering bulk carrier in 40-foot seas. If salvors are deterred, for fear of a lawsuit, from responding as they have for past thousands of years, the entire maritime system will suffer. Those of us in the industry have no choice but to take this on and work relentlessly to raise the awareness of lawmakers and the public so they understand what happens when a ship sinks and blocks the Mississippi River or the entrance to Long Beach.


Salvage as a profession has come a long way in a relatively short period of time. As a part of that, salvors are finally achieving the type of respect that reflects that metric. How did this come about and what are you doing – as ASA president – to ensure that this progression continues.

Professional salvage has been around for a long time. As an industry, however, we failed to let folks know what we were all about and how important salvage is. The ASA has done a great job at getting the word out through our outreach programs to government. These include our USCG Training sessions and our USCG Quality Partnership participation. Our National Maritime Salvage and WOW conferences continue to successfully convey our keen desire to spread the salvage word and all the positives it brings to the table. As President I have encouraged our membership to now take a longer range look at the sustainability of our industry by focusing on Education of the younger generations to come. Our newly formed Education Committee is charged with bringing young Americans in touch with our industry.