All Aboard for Hedge Funds as Trade Tide Lifts Shipping

Forced to abandon ship after mistiming their investments five years ago, hedge funds are venturing back in a bid to profit from growing global trade flows. Around 90 percent of traded goods by volume are transported by sea and global shipping sectors, including dry bulk, are on course for a recovery this year after a near-decade long crisis, ratings agency S&P said in a report last week. The IMF has forecast GDP growth at 3.9 percent for 2018 and 2019 versus 3.7 percent last year, which analysts say is boosting sentiment for shipping.

Shares of U.S. shipping companies shot higher again on Wednesday, causing volatility halts in a number of stocks and raising questions among investors and analysts over the extent of their sharp post-election rally. The jump in share prices and unusually heavy trading volume even surprised analysts who follow the stocks, although some said the gains appeared to result in part from optimism that commodity demand would increase under President-elect Donald Trump. At the center of the rally has been DryShips Inc…

BlackRock Inc is planning to unveil a new U.S.-listed exchange-traded fund that will invest in all areas of the junk-bond market except the tattered energy sector, the asset manager said in a regulatory filing this week. The first-of-its kind fund, iShares iBoxx $ High Yield ex-Energy Corporate Bond ETF, will come after a sharp decline in oil prices that has routed higher-yield bonds. The ETF will track a Markit-brand index containing lower-rated corporate debt except those bonds issued by oil and gas producers, as well as suppliers of equipment and services to that industry.

Greece's Nautilus Marine Acquisition Corp. (Nautilus) extends tender period referring to the acquisition of Assetplus Ltd. The tender offer, as amended, has been extended until 5:00 p.m., New York City time, on February 13, 2013, unless further extended or earlier terminated. The tender offer was previously scheduled to expire at 5:00 p.m. New York City time, on January 31, 2013. The completion of the tender offer is a condition to Nautilus' previously announced acquisition of Assetplus Limited.

Nautilus Marine Acquisition Corp. extends its tender offer for Assetplus Ltd. until end of January 2013. The completion of the tender offer is a condition to Nautilus' previously announced acquisition of Assetplus Limited. The extension is being made to comply with the rules and procedure requirements of the Securities Exchange Commission. Except for such extension, all of the terms and conditions set forth in the tender offer materials filed with the U.S. Securities and Exchange Commission on December 7, 2012, as amended, remain unchanged.

Opportunity to Invest in Box Ship

Greece-based Box Ships Inc. intends to offer $25,000,000 of its common shares in an underwritten public offering. The net proceeds of the offering are expected to be used by the Company for general corporate purposes, which may include the repayment of debt and the acquisition of vessels. The Company intends to grant the underwriters a 30-day option to purchase an additional $3,750,000 of its common shares to cover over-allotments, if any. This offering is being made only by means of a prospectus supplement and accompanying base prospectus. 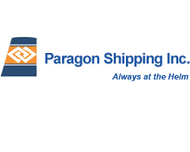 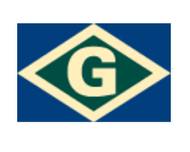 General Maritime Corporation (the "Company") (NYSE: GMR) announced today that the underwriters of its recent public offering of 23,000,000 shares of the Company's common stock fully exercised their over-allotment option to purchase an additional 3,450,000 shares of common stock, bringing the total net proceeds from the offering to approximately $49.5 million after deducting underwriting discounts and commissions and estimated offering expenses. The closing of the over-allotment option occurred on April 8, 2011. Jefferies & Company, Inc. 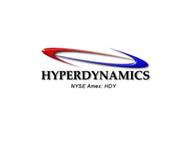 AGR Petroleum Services today signed a drilling contract, on behalf of Hyperdynamics Corporation (NYSE Amex: HDY), with Jasper Drilling Private Limited of Singapore to contract the drill ship Jasper Explorer for drilling in Hyperdynamics' concession offshore the Republic of Guinea. The Jasper Explorer is a modern Pelican Class self-propelled drill ship capable of operating in water depths up to 5,000 feet. "The conclusion of a drilling contract with Jasper Drilling Private Limited is a crucial step in preparations for our drilling campaign.

DryShips Inc. and OceanFreight Inc. have entered into a definitive agreement. The former will acquire the outstanding shares of the latter for consideration per share of $19.85, consisting of $11.25 in cash and 0.52326 of a share of common stock of Ocean Rig UDW Inc. The Ocean Rig shares that will be received by the OceanFreight shareholders will be from currently outstanding shares held by DryShips. Under the terms of the transaction, the Ocean Rig shares will be listed on the Nasdaq Global Select Market upon the closing of the merger.

DryShips Inc. (NASDAQ: DRYS) announced its unaudited financial and operating results for the second quarter and six month period ended June 30, 2011. For the second quarter of 2011, the company reported a net loss of $114.1m, or $0.33 basic and diluted loss per share. Included in the second quarter 2011 results are infrequently occurring and non-cash items, totaling $131.5 million, or $0.37 per share which are described below. Excluding infrequently occurring and non-cash items, the Company’s net results would have amounted to a net income of $17.4 million or $0.04 per share.

Shares of China Rongsheng Heavy Industries tumbled 17 percent to a record low yesterday after its chairman Zhang Zhirong was accused of insider trading by the US Securities and Exchange Commission, reports the 'Hong Kong Standard'. The SEC accused Hong Kong-based Well Advantage - solely owned by Zhang - of trading illegally before an announcement by CNOOC (0883) that it would buy Nexen for US$15.1-billion (HK$117.78-billion). In related news Rongsheng said it expects net profits in the first half to have fallen sharply due to a declining industry.

Over the last two years, credit markets have experienced contraction, deleveraging and reduced liquidity, and governments have taken highly significant measures in response to such events. The U.S. Securities and Exchange Commission and other regulators are authorized to take extraordinary actions in the event of market emergencies, and may affect changes in law or interpretations of existing laws. Shipping Finance has evolved with commercial market trends. Today, in response to asset value reduction…