Statoil has, on behalf of relevant licensees, exercised options for previously awarded drilling service contracts for fixed installations. Options have been exercised for 17 installations on the Norwegian continental shelf. In 2012 Statoil awarded contracts for four years with options for three times two-year extension to Archer, KCA Deutag and Odfjell. The company now extends the contracts with the suppliers, exercising the first option. The option period will last from 1 October 2016 to 1 October 2018, with some changes to the scope awarded.

Independent engineering services company Houlder has announced a new addition to its senior management team. Aaron McDougall, formerly Marine and Engineering Manager at KCA Deutag, has joined as Engineering Director. He will be heading up Houlder’s newly formed advanced analysis group. This new position will focus on the increasing amount of work Houlder is undertaking with a high engineering content and fulfilling the need for increased efficiencies. Houlder’s Aberdeen team operates globally with drilling contractors… 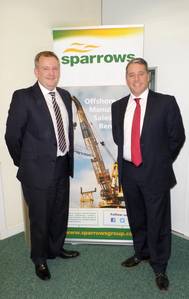 The Sparrows Group has made two key appointments to its senior management team as it looks to enhance its market share in the U.K. and grow its operations throughout the rest of Europe during 2015, the company said. The group has promoted Mark Beveridge to the role of European Operations Director. Beveridge said, “A major focus of 2014 was implementing an organizational restructure that is focused on geographies to ensure we are well placed to provide customers with a value driven service.

Independent oil producer EnQuest has achieved a safety milestone after recording a total of 11 years without a lost time incident (LTI) across three of its North Sea producing assets. The Heather drilling team achieved eight years without an LTI, and during this period EnQuest completed its return to drilling (R2D2) project which led to the start-up of drilling on the platform for the first time since 2006. The R2D2 project is part of a redevelopment program that will extend the life of the Heather platform, which has twice faced decommissioning in the past, to around 2030.

The International Association of Drilling Contractors (IADC), North Sea Chapter once again recognized the very best in safety performance at its annual Safety Awards Ceremony held in Aberdeen. Julian Hall of Ensco, North Sea Chapter Chairman, said that it was important to recognize the contributions of individuals, teams and companies to the continuing safety of the industry. “It has not been an easy year, with safety dominated by understandable concerns regarding helicpter reliability.

KCA Deutag has won significant subsea drilling operation & maintenance contracts from core clients Total E&P UK, EnQuest & CNR International (CNRI). The company was awarded a contract with Total E&P UK to provide drilling operations and maintenance services on the Alwyn North and Dunbar platforms. Both contracts have already commenced and have a firm two year commitment with options for an extension of up to two years. Secondly, EnQuest has also signed a significant contract with… 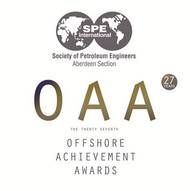 The offshore industry’s highest achievers were recognized at the 2013 Offshore Achievement Awards, with Malcolm Webb, chief executive of Oil & Gas UK, picking up the Significant Achievement accolade. The 27th awards ceremony, which saw a record attendance of 530 guests, took place at the Aberdeen Exhibition & Conference Centre and was hosted by Scottish comedian Kevin Bridges. The industry’s top talent was celebrated in categories which included Great Large and Great Small Company, Safety Innovations and Emerging Technology. 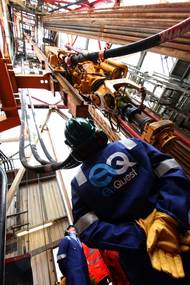