SQLearn and Moore Greece have teamed up to create online training programs in a wide range of subjects related to administration, financial management and regulatory compliance of shipping companies.SQLearn, a Greek company located in Piraeus, is a specialized provider of e-learning services dedicated to improving safety for the shipping industry by using e-learning for the advancement of maritime training with flexible, interactive and reflective learning techniques.Moore Greece… 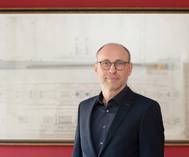 Flensburger Schiffbau-Gesellschaft (FSG) is expanding its management team further: in April, Carsten Treuer starts as Head of Operations and Bernd Liedtke as Head of Sales.“I am very much looking forward to working with these two shipbuilding specialists,” says Philipp Maracke, CEO of Flensburger Schiffbau-Gesellschaft, about the expansion of his team. “Our common goal is, on the one hand, to align production even more specifically with the requirements of our portfolio in the future.

Greece on Monday launched a tender for the sale of a majority stake in a port on the island of Crete, a popular tourist destination in Europe.The conservative government has been keen to attract investment and upgrade its port facilities across the country after years of underspending and a decade-long financial crisis.Investors can submit expressions of interest for a 67% stake in the port of Heraklion, the busiest on Crete, by July 30, the country's privatization agency, which is managing the sale…

The Isle of Man Ship Registry (IOMSR) has appointed Jonathan Kingdon as its first permanent representative in China.A well-known naval architect, experienced newbuilding project manager and Mandarin speaker, Kingdon has taken up the post from his base in Shanghai where he also heads up the Asia operation of IDWAL, a marine inspection and project management firm. He will join the Isle of Man Ship Registry’s network of overseas representatives in Greece, Japan and Singapore.Isle… 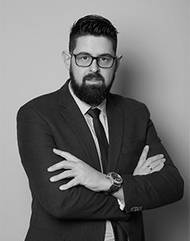 Maritime servies firm Drew Marine announced it will launch a new cargo hold solution product segment, and that Alexandros Strigkos has been named as the Global Market Manager of the product segment.With its recent acquisition of CHEMO Hellas, a Greece-based company, Drew Marine added a number of products, including notably its cargo hold cleaning chemistry and related equipment.Strigkos had long been an important part of CHEMO’s cargo hold business. He has expertise in the technology…

Maritime Payment Solutions, LLC (d/b/a ShipMoney), a provider of payment solutions for maritime companies, announced two new hires. Vanessa Torres has joined as Strategic Client and Business Development Manager in Manila, and Theo Tsokos is the Client Account Manager in Athens.Torres will be responsible for managing clients in the Philippines and Southeast Asia, including Maersk and V. Ships, among others. With more than 20 years of professional experience, she will act as liaison…

Nicholas Georgiou has been promoted to Chief Executive Officer of ship owning and management business Lomar, its parent company the Libra Group announced. Georgiou has been Lomar’s Chief Operating Officer since 2010 and succeeds Achim Boehme, who passed away from cancer in July.George Logothetis, Chairman and CEO of the Libra Group, says, “This announcement has long been in our succession planning, with Achim due to have become Chairman of Lomar. Achim’s tragic passing left us with a huge void but also a tremendous legacy…

International maritime law specialist Hill Dickinson announced the death of Patrick Hawkins, head of its office in Greece.Hawkins died in the hospital on August 20, having suffered a heart attack in early July. His funeral took place in Athens on Monday.Announcing his death, David Wareing and Tony Goldsmith, heads of Hill Dickinson’s Marine and Trade Group, said, “It is with enormous sadness that we have to inform you of the passing of our much loved colleague Patrick Hawkins. 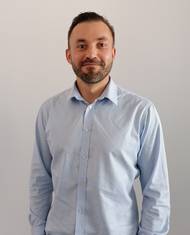 The Netherlands based ship design and engineering company C-Job Naval Architects said it will open an office in Gdansk, Poland this July.The Gdansk office will pursue new markets particularly in the Baltic and Scandinavian region, with a particular focus on functional and detail design as well as retrofits and laser scanning, the company said. The new office will be spearheaded by general manager Slawomir Graban.C-Job currently has seven offices worldwide with its headquarters on the outskirts of Amsterdam.

Another major maritime trade fair has been called off due to health concerns and travel challenges brought on by the coronavirus pandemic. Posidonia 2020, originally planned for June 2020 and subsequently postponed to October 2020, has been canceled."We have reached this difficult decision following close consultation with many exhibitors and with our shipping community stakeholders, after assessing the current state of COVID-19 in countries around the world," the event's organizers… 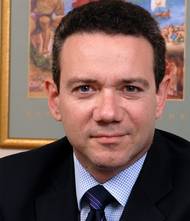 In times of crisis sometimes the easiest response is to be heads-down. One of the responses to the COVID-19 pandemic that history will look back on as key to the resilience of people and commerce, has been cooperation. As a specialist travel management company (TMC), it is a privilege for ATPI Marine & Energy to be part of unprecedented collaboration in the shipping and energy industries.Right now, these sectors are joining forces in ways never seen before to ensure that ships can sail, rigs can operate and people can be relieved and get home safely.

Nautilus Labs and Oceanking announced a partnership to jointly expand access to Nautilus in the Greek and Cypriot market to support ship owners and operators. Nautilus serves the global maritime industry by building decision support software that surfaces smart alerts and actionable insights that maximize voyage profitability and vessel yield. Oceanking is based in Greece and provides integrated, technical services and solutions. It will represent Nautilus in the Greek market and connect ship owners/operators and the technology firm.

Qatari shipping company Nakilat took delivery of a newbuild liquefied natural gas (LNG) carrier Global Energy. Built by South Korea's Daewoo Shipbuilding & Marine Engineering (DSME), the vessel will be managed in-house by Nakilat and is the first of four LNG carrier newbuilds to be delivered to Global Shipping Co. Ltd., a joint venture of Nakilat (60%) and Greece-based Maran Ventures Inc. (40%). The delivery of all four newbuilds by end-2021 will bring Nakilat’s fleet to 74 LNG carriers…

Greece plans to sell majority stakes in four ports as part of a privatization plan agreed with its lenders after the country exited the bailouts in 2018, a document of its privatization agency (HRADF) showed on Tuesday.HRADF will sell majority stakes in the share capital of Alexandroupolis, Igoumenitsa, Heraklion and Volos ports, the agency said in an invitation to hire financial advisers for the sales released on this website.China's COSCO has bought a 51% stake in Piraeus Port, the country's biggest, in 2016.

Greece to Quarantine all Arrivals from Abroad

Greece announced on Monday it will shut all shops apart from supermarkets, pharmacies, banks, petrol stations and food delivery services, and put anyone arriving from abroad into quarantine for two weeks, to fight the coronavirus.Greece had already cancelled mass gatherings and closed bars, restaurants, playgrounds and gyms. So far the country has reported 331 confirmed cases of infections and four fatalities. Health authorities expect the number of infections to rise.The 14 day quarantine would apply to anyone entering the country…