Italian infrastructure investment fund F2i announced its entry into the ports sector with the acquisition of the Porto di Carrara Spa (PDC Spa) Group, which owns port terminals at Carrara, Marghera and Chioggia.The Group, which each year handles around 5 million tons of solid bulk cargoes, is one of the main Italian port hubs and operates in the strategic sector of supplying some of the key Italian industrial segments, said a press release from the biggest Italian infrastructure fund with around 5 billion euro in assets under management.Most of the steel supplies for the districts of Brescia…

Oil prices rose on Monday as markets reacted to news that China and the United States have put a looming trade war between the world's two biggest economies "on hold". Brent crude futures were at $79.13 per barrel at 0121 GMT, up 62 cents, or 0.8 percent, from their last close. Brent broke through $80 for the first time since November 2014 last week. U.S. West Texas Intermediate (WTI) crude futures were at $71.83 a barrel, up 55 cents, or 0.8 percent, from their last settlement. The U.S.

The Honghua Group Limited has awarded a $12 million front-end engineering design (FEED) contract to Wood for its liquefied natural gas (LNG) platform development in the West Delta area of the Gulf of Mexico. The main objective of the FEED is to finalize the design of the world’s first offshore platform-based natural gas liquefaction and storage facility. Wood recently completed the pre-FEED for this project. Wood’s scope of work includes the onshore gas pre-treatment plant configuration and layouts… 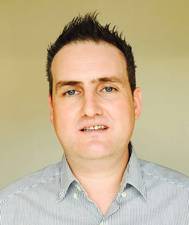 AccessESP, a provider of rigless electric submersible pump (ESP) conveyance solutions for the worldwide oil industry, has appointed Ed Sheridan as its Asia Pacific region manager. Based in Kuala Lumpur, Malaysia, he will be responsible for increasing market share in the region. Prior to joining AccessESP, Sheridan worked for nine years with Baker Hughes Artificial Lift in the United Kingdom in a variety of sales, technical and operational positions. Most recently, Sheridan worked as AccessESP’s product line manager for Southeast Asia, Indonesia and Australia.

Emco Wheaton, a manufacturer and supplier of equipment for liquid, gas and dry bulk products, has announced two additions to the Americas sales team with Holly Damude taking on the role of DRY-BREAK Product Specialist and Eric Rodriguez appointed as Territory Sales Manager. A graduate of the University of Toronto, Holly has been with Emco Wheaton for nearly eight years during which time she has developed extensive knowledge and a great passion for the DRY-BREAK product range. Damude has previously been the Inside Sales Supervisor and an Outside Sales Representative for Emco Wheaton Canada.

Oilfield services provider Halliburton Co's acquisition of smaller rival Baker Hughes Inc is facing resistance from U.S. regulators who are concerned that the deal could hurt competition, Bloomberg reported. Justice Department lawyers reviewing the proposed $35 billion deal are worried that the oilfield services industry would become too concentrated post the merger, Bloomberg reported, citing a person familiar with the matter. "We are fully committed to our target of closing the pending Baker Hughes acquisition in late 2015…

Oilfield services provider Baker Hughes Inc, which is in the process of being acquired by Halliburton Co for $35 billion, posted a quarterly loss compared with a year-earlier profit as it recorded a $772 million charge related to restructuring and other items. Baker Hughes said it would cut 10,500 jobs, or 17 percent of its global workforce, up from 7,000 it said it would cut earlier. The company also said it had closed and consolidated about 140 facilities worldwide, besides idling and writing off excess assets and inventory.

Brent Closes Up, U.S. Crude Down After Saudi King Dies

Brent crude was buoyed on Friday by market uncertainty over the future of Saudi oil output, while U.S. crude fell on more signs of oversupply. Saudi Arabia's new king, Salman, who took the throne on Friday morning after the death of his brother Abdullah, is expected to continue OPEC's policy of keeping oil output steady to protect market share. Some traders did not want to believe that, "clinging on some faint hope that the news is wrong, the Saudis can't possibly mean what they're saying," said Walter Zimmerman, chief technical analyst at United-ICAP.

California's oil industry is being hit harder than any other state by falling prices because of the comparatively poor quality of its crude and its aging fields. The number of active drilling rigs in the state has more than halved since June 2014, from 48 to just 21, according to oilfield services company Baker Hughes (http://link.reuters.com/ruz73w). The California rig count is the lowest since October 2009, when producers were struggling with low prices in the aftermath of the global financial crisis and deep recession that began a year earlier.

Baker Hughes Incorporated today announced receipt of notice from Halliburton Company that it intends to nominate candidates to replace the entire board of directors of Baker Hughes at its Apr. 2015 annual meeting. The nominations followed discussions between the parties regarding a potential business combination transaction, and Halliburton's refusal to improve its first and only value proposal. Baker Hughes considers the notice to be an attempt by Halliburton to pressure the Baker Hughes board into accepting a transaction with Halliburton on Halliburton's terms. 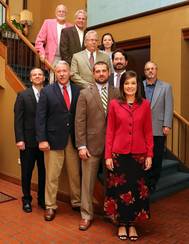 The Lafayette Chapter of the American Association of Drilling Engineers (AADE) has announced its 2014-2015 board members. Members from oil and gas companies volunteer to serve as officers and committee members in an effort to promote industry education and other community efforts. The 2014-2015 officers for the AADE Lafayette Chapter are: Alden Sonnier, president (MI Swaco); David Gomez, first vice president and programs committee chairman (Chevron); Matt Hensgens, second vice president and membership committee chairman (Chevron)…

Drillsearch Energy Limited today announced a further strengthening of its senior management team with the appointment of Mr Walter Simpson as Chief Operating Officer, reporting to Managing Director Brad Lingo. The most recent role in Mr Simpson’s 30-year career in oil and gas was with BG Group subsidiary QGC as Technical & Commercial Director, based in Brisbane. He has worked in a number of roles in the oil and gas industry worldwide for BG and other companies including Baker Hughes and BP.