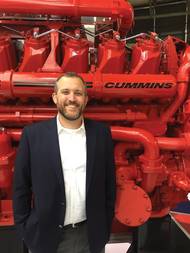 In a continued effort to provide our customers with reliable and efficient service, CMA CGM Group will upgrade its service offering connection India and Middle East to East Africa., said press release from the company.Starting 17th August 2018, the group will offer a new product to East Africa whilst combining NOURA 1 and NOURA 2 former rotations.Strengths of this new offer is one direct service serving 6 ports of call in East Africa range.Revised port coverage as follows: Khor Fakkan…

Tanzanian President John Magufuli on Friday put a temporary ban on the registration of foreign ships in the country and ordered over 400 vessels to be investigated for allegations of involvement in criminal activity. The ban came after at least five foreign-owned ships flying Tanzania's flag were seized in various parts of the world carrying illegal consignments of weapons and narcotics. The maritime authority in the Indian Ocean archipelago of Zanzibar has in previous years been…

In an initiative to bolster bilateral relations with friendly foreign countries and navies in the Indian ocean region, INS Sarvekshak, a hydrographic survey ship of Southern Naval Command, arrived at Dar-es-Salaam Tanzania on 15 November 2017 for undertaking joint  Hydrographic Survey along with the Tanzanian Navy. The joint survey will be conducted with the Naval personnel of Tanzania who have been trained in India in National Institute of Hydrography, Goa. During the survey, training of Tanzanian Naval personnel will also be undertaken on advanced hydrographic equipment and practices.

Swahili Express service will be dedicated to Kenya and Tanzania markets with very fast transit times. Mombasa will be reached from Mundra in 12 days and Dar Es Salaam in 14 days. Noura Express service will have an improved transit time to Somalia by 4 days. Mogadishu port will be reached in 7 days from Jebel Ali and in 17 days from Mundra. SWAHILI service:  As from m/v CHIEF at Nhava Sheva on February 24th, 2017, Swahili service will be operated with 4 vessels. We will add Mombasa direct call in complement to the current Dar Es Salaam call.

In a continued effort to provide increased reliability and quality services in a challenging environment, CMA CGM will reorganize its services connecting India Middle East Gulf to East Africa strategic markets. Starting mid July 2016, NOURA EXPRESS and SWAHILI services new configuration will provide significant improvements: Positive developments for reefer cargo from Port Victoria direct to India and to Europe with a weekly frequency instead of fortnightly. Improved service reliability to Mogadishu from Mundra with direct service in 18 days instead of in transhipment…

CMA CGM has announced to its customers that there is increasing deterioration of the port congestion up to 15 days in Zanzibar, Tanzania, which is beyond their control.

CMA CGM has announced the strengthening of its current MIDAS service by cooperating with PIL under a new Vessel Sharing Agreement. A fleet of 11 vessels of 3,500 TEU nominal capacity will be deployed, and CMA CGM will contribute to the majority with 9 vessels. It also announced the strengthening of its coverage of India on its SWAHILI EXPRESS service deployed on the India Middle East Gulf - Eastern Africa and Indian Ocean route. In India, MIDAS will extend its coverage with a weekly call at Nhava Sheva direct to West Africa…

Incat Crowther delivered Kilimanjaro V, the eighth Incat Crowther designed vessel for the Tanzania-based operator Azam Marine. Built by Richardson Devine Marine of Tasmania, Australia, the 39m Catamaran Passenger Ferry is a rugged and efficient catamaran, designed specifically as a high capacity passenger and cargo vessel for the operator’s new route, an exposed and sometimes rough run from Dar Es Salaam to the island of Pemba via Zanzibar. As capacities of successive Kilimanjaro vessels have increased together with spectacular patronage growth since the series of vessels were introduced…

The 4th prosecutors from around the Horn of Africa and Western Indian Ocean region have gathered in Dar Es Salaam, Tanzania, for the Third Regional Conference of Prosecutors dealing with Piracy and other Maritime Crime. They were joined by key international players working on capacity building. The event ends on 4th December 2014. The event was co-hosted by the Tanzanian Director of Public Prosecution Office and the EU’s Regional Maritime Security Capacity Building Mission in the Horn of Africa and Western Indian Ocean, EUCAP Nestor. 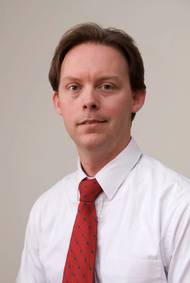 The trade association event takes place in Malta from October 5-9 with an agenda dominated by safety issues. Insights on how the aviation industry builds and maintains safety culture will come from special guest speaker Jarle Gimmestad of Norway-based operational safety consultancy Gimmestad AS. He was previously with Scandinavian airline SAS as a captain and then as human factors and crew resource manager, which included working with the accident investigation group. Pointing to the continuously improving safety record of air travel…

London, 22 July 2011 – International Register of Shipping (IRS) has received official approval from the Maritime Safety Administration (MSA) of the People’s Republic of China (PRC) to open a surveying company in China. The approval comes as IRS, headquartered in Panama City, Panama, continues to expand its network, especially in Asia and Africa. It has opened new offices in Singapore, Norway and Ukraine in the last year. Furthermore, IRS is delighted to announce that it has received full authorization to issue statutory certificates on behalf of the maritime authorities of Kenya…