This year as Stress Awareness month (April) coincides with a global pandemic Hanseaticsoft, a provider of maritime software is urging shipping companies to tackle stress and depression amongst seafarers by ensuring connectivity at sea.During the coronavirus crisis this is even more imperative. Global travel restrictions and changes to crew change over frequencies could start to have a negative impact on seafarer’s health and well being if they have to stay on their ship longer… 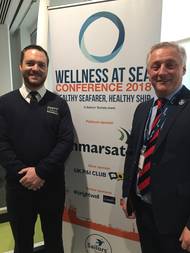 J.F. Lehman & Company, a middle-market private equity firm focused on the aerospace, defense and maritime sectors, has promoted Glenn M. Shor to Managing Director effective July 1, 2016. he firm also recently promoted David F. Thomas to Vice President and R. Benjamin “Ben” Hatcher to Senior Associate. Shor joined the firm in 2010 as a Senior Associate and was promoted to Vice President in 2011 and Principal in 2014. Previously, Shor was a private equity investment professional with both D.E. Shaw & Co. and Providence Equity Partners.

After Paris, A Move to Rein In Emissions by Ships

As the world moves to slash CO2 emissions, the shipping and aviation sectors have managed to remain on the sidelines. But the pressure is now on these two major polluting industries to start controlling their emissions at last - a report by Yale University. International aviation and shipping emissions were excluded from the Paris pact, which introduced limits on greenhouse gas emissions for all nations starting in 2020. With power generation, manufacturing, domestic transport…

A new Seafarer Wellness Program, made possible by a grant from the New York Community Trust, continues the Institute’s efforts of providing seafarers with support services in port. In 2014, the Seamen’s Church Institute (SCI) began collaborating with two American medical institutions to focus on preventative medicine and healthy lifestyles for seafarers. At its Center in Port Newark, students from Rutgers University School of Nursing provide health assessments, preventative medicine and healthy living advice for seafarers. 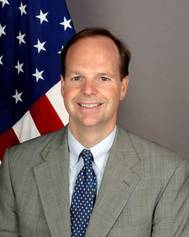 Senior U.S. Paul Simons, a senior United States diplomat with a strong background in energy and economic policy, has been selected to be the new Deputy Executive Director of the International Energy Agency. Simons will take up his position on July 8, 2015. In his role as Deputy Executive Director, Simons will support the Executive Director in providing leadership and strategic direction to the agency, including advancing the global engagement strategy, strengthening cooperation with nonmember countries as well as initiatives with key partner countries.

Specialist communications provider Globecomm Maritime said it will use the Posidonia 2014 exhibition to showcase the latest additions to its innovative range of connectivity management solutions. Globecomm also said it will provide a chance for users to hear from experts on how to get the best from next generation ship-shore communications solutions. New from Globecomm is Nimbus, a scalable platform solution for managing and simplifying ship and shore-based communications, enabling users to choose the applications and levels of user control that suit them best.

Managed medical care specialist Future Care is changing the way the maritime industry looks at mariner healthcare. The Maritime Labour Convention 2006 (MLC) has forever changed the way vessel operators look at healthcare for the world’s 1.3 million mariners. For some, it means simple compliance with a minimum set of standards and managing the costs associated with that standard. For others, MLC is a call to arms for those who work to make sure that healthcare at sea means more than just emergency telemedicine services.

This Seminar will be held at the Connecticut Maritime Association Exhibition in Stamford, Connecticut, at 3 p.m. EST on March 19, 2014, in the Charter Oak Seminar room. The distinguished panel of experts will discuss the growing prevalence of shipboard telemedical diagnosis and treatment and its effect on the immediate and long term health care of the international seafarer. The panel discussion will kick off with remarks by Christina DeSimone, CEO of Future Care Inc. The panel discussion will featureMartin Slade… 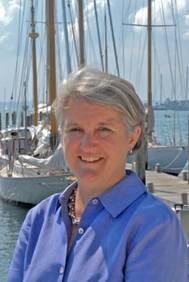 Susan Daly Appointed to Landing School Board of Directors

The Landing School, a post-secondary institution focused on educating tomorrow’s marine industry professionals, is pleased to announce the appointment of Susan Daly to their Board of Directors. Ms. Daly is an accomplished sailor and longtime supporter of the marine industry. As a Trustee on the Board of Directors, Daly will contribute to the mission, curriculum and overall strategy of The Landing School. Daly’s sailing experience began at the age of ten when she started racing at a regional level. Since the age of 18 she has raced extensively at the national and international level. 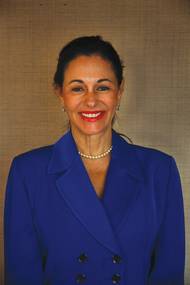 I must admit, I am a little bit confused. With that as a backdrop, please explain why there would be resistance to MLC 2006. Before you answer, and to be fair, my opening line said I’m confused, not stupid. I know that there is an onerous level of new regulation from the international, national and regional levels, a myriad of new rules and regulations regarding the design, outfit, operation and disposal of commercial vessels that is placing a hefty dent in ship owner’s bottom lines.