Mammoet Wind, the turnkey solution provider for the wind energy industry, has successfully transported the world’s longest wind turbine blade from LM Wind Power’s pilot plant in Lunderskov to the Blaest Test Center in Aalborg. Being the longest blade in the world, no transport equipment has been previously planned for such scale, so LM Wind Power needed a specialist transport company to carry out this unique operation. The blade measures 88.4 meters in length, with a height of 4.47 meters when loaded on the truck. 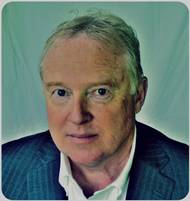 Charles R. de Cuir to lead Coalition’s efforts to develop offshore wind technology in Virginia. Rutherfoord, one of the nation’s most respected risk management and insurance brokerage firms, is proud to announce that Charles R. de Cuir, Director of Rutherfoord’s Maritime Division, has been named the 2013 Chairman of the Virginia Offshore Wind Coalition (VOW). VOW is an industry group comprised of developers, manufacturers, utilities, localities, and businesses that support the development of the offshore wind industry in Virginia.

DNV has launched a significant revision to the rules for wind farm service vessels (WFSV) to improve the safety of these specialized vessels which are undertaking multiple roles further and further offshore. The announcement was made at the Seawork exhibition and forum which is taking place between June 25-27 June in Southampton, U.K. DNV was first to publish rules for WFSV in January 2011 to provide the wind farm industry with an improved construction standard which would be accepted by regulators in the North Sea Basin.

New  American Wind Energy Association (AWEA) leadership takes helm with EDPR’s Gabriel Alonso chairing the board. Tom Kiernan to speak as incoming CEO. Generating a sense of electricity like the thousands of wind turbines in the region, the WINDPOWER 2013 Conference & Exhibition (May 5-8, 2013) officially came online in Chicago, a hub for the American wind energy industry. New leadership for the American Wind Energy Association (AWEA) is first being inducted, followed by a packed schedule of educational sessions and a dynamic exhibition covering the area of 11 football fields.

Gamesa raises €260-million in funding from European Investment Bank for its on & offshore wind turbine R&D+I investment programme. The EIB project will support Gamesa's R&D+I programme, which is devoted to the design and development of turbine platforms, both onshore and offshore. These emerging platforms are intended to offer greater capacity and constantly improving Cost of Energy (CoE). The funds will help finance Gamesa's R&D activities in the next three years (2013-2015). The loan is scheduled to be paid off in a single payment in six years' time (2018).