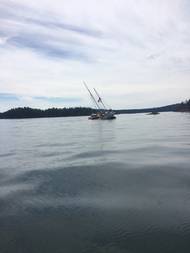 12 Rescued from Sailboat Aground North of Shaw Island

Coast Guard crews removed 10 children and two adults from a sailboat, which went aground on Bird Rock north of Shaw Island Sunday. The rescued children and two adults are being transported to Cornet Bay, Whidbey Island, while three adults stayed aboard the Cutty Sark, a 58-foot sailing vessel, where they are planning to refloat the vessel at high tide which is midnight. Coast Guard Sector Puget Sound watchstanders received a call via Ch16 marine VHF radio asking for assistance from the boat operators stating they had run aground and were listing.

The Navy kicked off a new program Oct. 5, designed to give high performing officers and Sailors experience at large corporations for approximately one year. Three participants began work today with Amazon in Seattle, Washington, and two with FedEx, in Memphis, Tennessee, as part of program's first cohort. As Secretary of the Navy Ray Mabus first announced in his May 2015 speech at the Naval Academy, this program is designed give our Sailors exposure to leading-edge business practices, techniques, and technologies with the competitiveness of the corporate business cycle.

USS Ashland to the Rescue of Typhoon Soudelor Victims

Through the coordination of the Federal Emergency Management Agency, the amphibious dock landing ship USS Ashland (LSD 48) will depart Guam and arrive in Saipan Aug. 8 to provide relief in the aftermath of Typhoon Soudelor, which devastated the island Aug. 2-3. Agencies including the Government of Guam, American Red Cross, Ayuda Foundation and other non-profit/non-governmental organizations have provided drinking water, bed sheets, food, generators, power lines and other electrical restoration supplies to aid in the effort.

The Coast Guard has suspended the search for a crabber reported overdue near Anacortes, Wednesday. Dean Harvey, 48, of Bremerton, remains missing. Search crews spent 24 hours completing a total of 24 searches that covered a 909 square mile area with no signs of Harvey. “Suspending the search for a missing person is one of the most difficult decisions we must make,” said Cmdr. Brian Meier, chief of response for Coast Guard Sector Puget Sound. “Our hearts go out to the family and friends of Mr.

Cantwell, Senators Urge Support for Dredging of Small Ports, Including Swinomish Channel, Port of Ilwaco. U.S. Senator Maria Cantwell (D-WA) has joined a group of Senators in urging key appropriators to include funding for dredging small and low-use ports in the fiscal year (FY) 2013 budget. Small and low-use ports are ports that don’t have enough tonnage to meet the Army Corps of Engineers’ threshold to qualify for annual dredging support but represent important economic engines of the communities they serve. 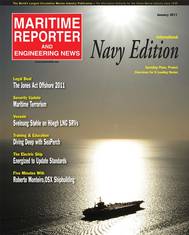 President Barack Obama sent Congress a proposed defense budget of $613.9 billion for fiscal 2013, Feb. 13. The request for the Department of Defense (DoD) includes $525.4 billion in discretionary budget authority to fund base defense programs and $88.5 billion to support Overseas Contingency Operations (OCO), primarily in Afghanistan. Of the discretionary budget, $155.9 billion represents the Department of the Navy's budget request. This is a decrease of $1.4 billion from last year's baseline appropriation. Rear Adm. 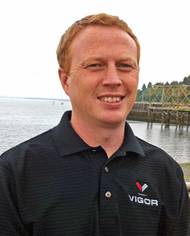 Bryan Nichols, one of the leading maritime business development professionals in the Pacific Northwest, is joining forces with VIGOR Industrial, which owns and operates the premier shipyards in the region. Nichols joins VIGOR as a sales representative for the company, which builds, repairs and modernizes commercial fishing and cargo vessels, ferries and military ships at six locations in the Northwest. Nichols had been sales and marketing manager at Nichols Brothers Boat Builders of Whidbey Island, Wash. “Joining VIGOR is an exciting next step for me,” Nichols said.

It is with sadness that the ZF Marine Group recognizes the passing of Thomas P. “Tom” Katica, our colleague and long time Account Manager for the Western Region. On July 8, 2010, after a two year battle with cancer, Tom finally succumbed peacefully in his home on Whidbey Island, surrounded by family. “This is a great loss, not only for ZF Marine, but the marine industry as a whole,” said , President and General Manager, ZF Marine LLC. “Tom’s passion for our business and this industry was clearly evident every single day.