The fire in the engine room of the crude oil tanker Dubai Harmony moored at Equinor’s Sture terminal in Øygarden municipality on the west coast of Norway near Bergen has now been extinguished.At 1102 this morning, Equinor's alarm center received reports of a fire in the engine room on board Dubai Harmony, which was loading at the quay at the Sture terminal.The fire has now been extinguished and the fire service is continuing to cool the area where the fire took place.The 102 people who were at the Sture terminal were evacuated from the terminal when the incident occurred as a precaution…

Nor Lines Adds Calls at Rotterdam

Samskip subsidiary Nor Lines will include calls at Rotterdam for the first time in its weekly multipurpose liner service connecting to Western, Mid and Northern Norway, with effect from June 1. The service is provided by Nor Lines’ liquefied natural gas (LNG)-fuelled vessels MV Kvitnos and MV Kvitbjorn, which each offer 1,500 lane square meters (550 lane meter) of RoRo capacity, 122 TEU as container space, 1,500 tons of reefer space in the lower holds and come equipped with a heavylift crane.

The German expert for lithium-ion battery systems AKASOL and the Norwegian pioneer of maritime energy storage solutions ZEM have worked together on the development of AKAZEM. The result is a unique autonomous IP 67 compliant liquid cooled modular system that can be combined in a “lego-like” fashion to meet smaller vessels’ space and power requirements up to a 2C power range at costs that opens many new applications. The first joint product, AKAZEM 15 OEM, is a self-contained modular battery unit specifically designed for work boats in the aquaculture industry…

Ulstein: Stronger Than a City

“Two brothers united are stronger than a city,” goes the biblical paraphrase. Surely, brother-sister tandems are also implied. According to local business records for Ulsteinvik — a swampy but beautiful corner of coastal Norway — Ulstein Group chief exec Gunvor Ulstein is tied to her chairman and deputy-CEO brother, Tore Ulstein, by 16 business entities. Strong ties on paper, to be sure, but this is no ordinary family enterprise. That’s because Ulstein has grown into a conglomerate comprising power and propulsion outfitting…

Statoil invited politicians, suppliers and other important stakeholders to Stavanger Concert Hall  to share challenges and increase understanding for the changes that are the inevitable outcome of tighter margins in the oil and gas industry. Stavanger Day, being arranged this year for the first time, is set to become Statoil’s most important arena for meeting politicians and industrialists in the Stavanger region. Some 630 participants were in attendance at the Concert Hall. President and CEO Helge Lund emphasised the important role played by the Stavanger region and the west coast of Norway.

ABB signs a $260 million service contract with A/S Norske Shell for operations at the Draugen and Ormen Lange oil & gas fields. The contract is for a period of 9 years and requires ABB to provide integrated service and support solutions for the Draugen offshore oil platform and the nearby Ormen Lange onshore gas processing plant on the west coast of Norway. The agreement includes the option of two consecutive two year contracts and covers both the oil and gas fields, as well as future expansions, tie-ins and upgrades. 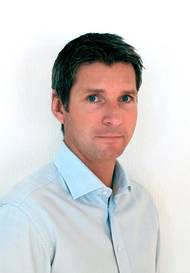 Norway's Havyard Group AS buys 70 % of the shares in MMC, provider of products & services to the fishing & offshore vessel sectors. MMC has 120 employees and the company’s main office is at Mjølstadneset in Fosnavåg on the west coast of Norway. The company is also located in Stavanger, Haugesund, Vigra and Tromsø, as well as having a branch office in Lima, Peru. MMC and Tendos joined forces in 2000 to deliver products  to fishing and well boats as well as shore-based receiving plants.

Rolls-Royce received its first order for vessels based on the Group’s award-winning Environship concept. Rolls Royce will design and provide integrated power and propulsion systems for two technologically advanced cargo vessels, which have been purchased by Norwegian transportation company, Nor Lines AS. These highly efficient ships incorporate a striking wave piercing bow,  gas powered engines and an innovative Promas propulsion system, which combined, significantly improves the overall performance of the vessel, increasing fuel efficiency by up to 18 per cent.

STX Europe has entered into a new contract with Simon Møkster Rederi for the building of a Platform Supply Vessel (PSV). The vessel is of STX Europe PSV 09 CD design, featured with the new environmental friendly hull lines optimized for eco-drive in all weather conditions. The vessel is scheduled for delivery in Q4 2011. Roy Reite, President of STX Europe's Offshore & Specialized Vessels business area, said "We look forward to continuing the good cooperation with Simon Møkster Rederi. The vessel is arranged for regular platform supply duties.