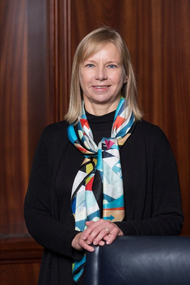 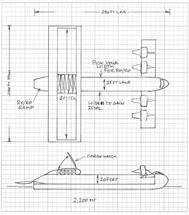 Will High-Speed Container Transport Ever Work?

Every few years I am handed a high-speed container transport proposal. Generally it consists of some type of high speed vessel design that would be able to move containers at high speed and thereby attract a new market by taking a chunk out of the air cargo market and the premium ocean market. Occasionally we are asked to look at the economics for potential investors, and it always falls short of being economically viable. While it is possible to move containers a little quicker over the ocean with faster vessels… 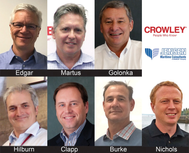 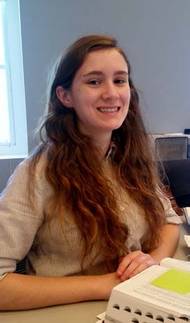 Bristol Harbor Group, Inc. (BHGI) has added recent hire Jennifer Lorenc to its naval architecture and marine engineering practice. Lorenc joined BHGI as a Naval Architect in August of this year. She is a recent graduate of Webb Institute in Glen Cove, N.Y., where she received a Bachelor’s of Science in Naval Architecture and Marine Engineering. During her time at Webb, Lorenc completed five internships. A few of the companies she interned at include, General Dynamics, Electric Boat… 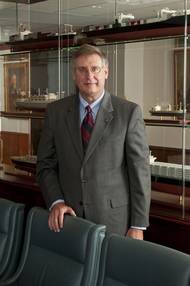 The Campaign for Webb has so far raised $32 million, 80 percent of its $40 million goal, announced Webb Institute’s President Keith Michel ’73, Campaign Chair Joseph Cuneo ’57, and Chairman of the Board of Trustees George Campbell, Jr., Ph.D. In what the college is calling its most ambitious fundraising effort to date, The Campaign for Webb: America’s Most Unique College aims to raise $40 million to enhance the college’s programs, infrastructure and financial resources to meet the growing challenges of an expanding marine industry.

Facing continued growth driven by client demand, the Great Lakes Towing Company and Great Lakes Shipyard have together added 20 new employees in Q1 2016 and are looking to hire an additional 50+ employees before the end of Q4 2016. “We’re looking out for the future,” said the company’s president, Joe Starck. “We’re strategically focusing our efforts on finding, developing and training a team of professionals for a growing workforce to successfully accomplish the contracts we have now, and the potential contracts we are working on. 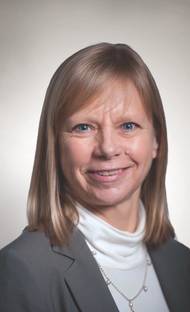 Campaign for Webb at $28 Mln and Counting

Webb Institute’s Campaign Cabinet, led by President Keith Michel ’73 and Campaign Chair Joseph Cuneo ’57 announced that $28 million (70 percent) of the $40 million goal has been raised to date in the Campaign for Webb. The Campaign for Webb: America’s Most Unique College is the most ambitious fundraising effort in the institution’s history. Through this effort, Webb plans to raise $40 million to enhance the college’s programs, infrastructure, and financial resources to meet the growing challenges of an expanding marine industry. “William H.

On the heels of its 125th anniversary, Webb Institute has launched a fundraising effort seeking to raise $40 million to enhance the college’s programs, infrastructure and financial resources to meet the growing challenges of an expanding marine industry, the college announced today. The initiative, entitled "Campaign for Webb: America’s Most Unique College," sets forth the most ambitious fundraising endeavor in the institution’s history, according to the college, which has set a financial goal representing a five-fold increase from the previous campaign initiated in 2003.

Webb Institute, a four-year college specializing in naval architecture and marine engineering, announced the 2015-2016 recipients of Crowley Maritime Corp.’s Thomas B. Crowley, Sr. Memorial Scholarships. Nicholas Ratinaud, of West Bloomfield, Mich., and Andrew Ko, of Philadelphia, were chosen by the school’s scholarship selection committee for their leadership qualities, academic excellence and commitment to the maritime industry. Ratinaud and Ko were able to meet Tom Crowley Jr.…

Webb Institute presented Thomas B. Crowley, Jr., CEO and Chairman of the Board of Directors at Crowley Maritime (Oakland, CA), with an Honorary Doctorate of Commercial Science degree at Webb Institute’s 119th commencement on Saturday, June 20th. Since 1994, Thomas B. Crowley, Jr. has served as Chief Executive Officer and Chairman of the Board of Directors of Crowley Maritime, succeeding his father and grandfather in these roles, dating back to the company’s founding in 1892. Today… 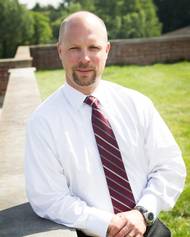 Webb Institute announced that Matthew R. Werner has been named Webb Institute’s next Academic Dean. Professor Werner, the American Bureau of Shipping Chair of Naval Architecture and Marine Engineering, will begin his term on July 1, 2015. Professor Werner is an accomplished educator with extensive leadership and administrative experience. Professor Werner began his career in the ship design, construction, and operations fields and joined the Webb faculty in 2002. In 2010, he was designated Webb’s first American Bureau of Shipping Chair in Naval Architecture and Marine Engineering.