A gas tanker once hailed by President Vladimir Putin as a bulwark of Russian energy security is heading for a liquefied natural gas (LNG) terminal in the United States, ship tracking data from Refinitiv's Eikon showed on Friday.The collection of an LNG cargo from the United States by a Russian tanker would be potentially awkward for Putin and Kremlin-controlled gas company Gazprom, which leased out the vessel to Austrian company OMV in August until November.Two industry sources…

DP World, one of the world's largest port operators, wants to run ports that Russia plans to build along the northern sea route in the Arctic to shorten shipping times between the east and west, its chief executive told Reuters.Russian President Vladimir Putin has made developing the northern sea route (NSR) - which requires new ports and heavy icebreakers to move goods - one of his priorities, with supporters dubbing the route the northern Suez Canal.Dubai government-controlled DP World operates 78 marine and inland terminals…

Russian President Vladimir Putin on Tuesday invited foreign investors to take part in the construction of port infrastructure in Murmansk and Petropavlovsk-Kamchatsky that would serve the Northern Sea Route.Speaking at an Arctic forum in the Russian city of St Petersburg, Putin also asked the government to draw up plans for tax relief that would promote the development of the Arctic region."We invite our foreign partners to joint work to create port hubs at the end points of the (Northern Sea) route," Putin said.(Reporting by Vladimir Soldatkin and Gleb Stolyarov; Writing by Tom Balmforth; edi

Russian President Vladimir Putin ordered an allocation of budget funds in 2021-2022 for the construction of the Utrenny liquefied natural gas (LNG) terminal in the Russian port of Sabetta on the Northern Sea route, the Kremlin said on its website.The budget money will also be used to reconstruct a navigable channel in the Gulf of Ob in the Kara Sea.The Utrennee gas field is developed by Russian gas giant Novatek and serves as a resource base for the Arctic LNG-2 project. (Reuters, Reporting by Andrey Kuzmin Writing by Polina Nikolskaya Editing by Andrey Kuzmin and Emelia Sithole-Matarise)

Japan and Russia plan to officially develop a freight transport route between the two countries via the Trans-Siberian Railway, the Yomiuri newspaper reported.The report said that the two governments aim to foster mutual economic cooperation by energizing the “third distribution channel,” after sea and air routes.Now cargo between Japan and Russia are delivered mainly either by air or by sea. According to the Japanese Ministry of transport, terms of delivery of goods by sea ranged from 53 to 62 days.

French President Emmanuel Macron on Wednesday said it was time for the world's biggest economic powers to start talks on reshaping World Trade Organization rules to prevent current tensions spiraling into trade wars.Macron's comments before the Paris-based Organization for Economic Cooperation and Development (OECD) came as the European Union faced less than 48 hours to win an exemption from U.S. tariffs on European aluminium and steel."This is about a complete update of global competition rules…

Moscow tightened its grip on Russia's biggest port operator on Friday, making a government official chairman and ousting representatives of the only private shareholder from the board.The changes follow the arrest last month on organized crime and embezzlement charges of Ziyavudin Magomedov, head of the Summa conglomerate which with a joint venture partner owns a 50.1 percent stake in the port operator. He denies the charges.Several senior Russian business executives have said the prosecution would allow the state to extend its control over the Russian economy…

On 8 December 2017, the icebreaking LNG carrier Christophe de Margerie completed her first loading at the Port of Sabetta, on the Yamal Peninsular, with her first cargo of liquefied natural gas (LNG) produced at the Yamal LNG plant. The ceremony was attended by: the Russian President Vladimir Putin, together with Sergey Belousov, Aide to the President; Sergey Donskoy, Russia’s Minister for Natural Resources and Environmental Protection among others. Vladimir Putin said: “This is a remarkable day for us all. 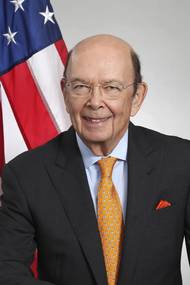 According to a Reuters report, U.S. Commerce Secretary Wilbur Ross has divested his interests in oil tanker company Diamond S Shipping and is in the process of selling off his holdings in another shipping firm, Navigator Holdings, a Trump administration official said earlier this week. Ross had originally intended to retain his shipping interests following his confirmation in February. But the 79-year-old investor came under criticism after disclosures on Sunday that one of Navigator's major clients is the Russian gas company Sibur…

Fifteen tankers will be built at South Korean shipyards to transport the products of the Yamal LNG plant, TASS cites Russian President Vladimir Putin as saying. “We have noted with satisfaction the successful cooperation in the energy sector: South Korean companies are participating in the Sakhalin-1 and Sakhalin-2 projects, we are working on the issue of increasing purchases of liquefied natural gas,” the report quoted President Putin. Besides, Vladimir Putin marked the advantages…

A new ferry line between isolated North Korea and its neighbour Russia docked for the first time at the Russian Pacific port of Vladivostok on Thursday. The ferry's Russian operators say it is purely a commercial venture, but it coincides with what some academics say is a drive by North Korea's leader, Kim Jong Un, to build ties with Moscow in case its closest ally China turns its back. Journalists were unable to see passengers disembarking from the ship, the North Korean-flagged Mangyongbong, because Russian officials kept them away from the quayside, citing unspecified security reasons.

North Korea launched a ferry service to the Russian city of Vladivostok on Wednesday to develop links and boost economic cooperation, the North's state media said, as it faces increasing isolation over its weapons development. Experts have said North Korea's leader, Kim Jong Un, may be hoping closer ties with Russia would help if China, the North's main economic benefactor, steps up sanctions against it over its weapons programmes, in defiance of U.N. resolutions. Russian President Vladimir Putin said on Monday that while Moscow was opposed to any new countries acquiring nuclear weapons…

Russia plans to fully halt exports of oil products from other than Russian ports on the Baltic Sea by 2018, the head of oil pipeline monopoly Nikolai Tokarev told President Vladimir Putin on Monday. Russia will increase the shipments via its own ports instead, Tokarev said, according to a transcript of the meeting published on the Kremlin website. Russia has been gradually cutting oil and oil products exports via foreign ports on the Baltic Sea, such as Latvia's Ventspils as it has built its own shipments facilities in the ports of Primorsk and Ust-Luga.

When sanctions on Iran were lifted in January, Russia might have expected to be near the front of the queue for business opportunities. Moscow, after all, was one of Tehran's oldest allies and is now its partner on the battlefield in Syria. On the evidence of the commerce passing through the Caspian Sea port of Astrakhan, the main jumping-off point for Russian sea-borne trade with Iran, it's not playing out like that. The value of goods shipped from the Astrakhan region to Iran in the first four months of this year was down 16 percent on the same period last year…

The Russia's top shipping company Sovcomflot initial public offering (IPO) is expected in Q3 2016, part from the privatization program by the government. An IPO for Sovcomflot could take place later this year. The current fleet of Sovcomflot numbers 142 vessels with total deadweight of 12.4 million DWT. The troubled Russian economy will need for speed up the privatization of the country largest shipping company, as getting fresh funds into the budget for 2016. Russian president Vladimir Putin summoned on a meeting the directors of the leading state-owned companies…

Russia’s second-biggest gas producer Novatek is selling a 9.9 percent stake worth an estimated US$1.4 billion in its Yamal liquefied natural gas (LNG) project to a China’s Silk Road infrastructure fund, reports Reuters. The deal, first discussed in August, was inked as part of a visit by President Vladimir Putin to Beijing to mark 70 years since the end of World War Two in Asia. Following the completion of the deal, Novatek will own 50.1% stake in Yamal LNG, Total and CNPC will hold 20% each, while SRF will have a 9.9% stake in the Arctic LNG project.

The massive $27 billion Yamal LNG liquefied-natural-gas venture in the Arctic Circle, a centerpiece of President Vladimir Putin’s plan for Russia has been squeezed by U.S. restrictions on OAO Novatek, says a report in the WSJ. Through this project, Russia wants to reduce its heavy dependence on natural-gas customers in Europe by increasing exports to Asia and, in turn, cementing Russian ties with China. Barred by the sanctions from raising long-term dollar loans, Novatek and its foreign partners…

Russia Claims Ownership of the Arctic and North Pole

Russia, led by President Vladimir Putin, has re-submitted its petition to the United Nations claiming exclusive control over 1.2 million square kms (463,000 square miles) of the Arctic sea shelf, based this time on what its foreign ministry calls “ample scientific data”, reports CSM and Reuters. Rich in natural resources, the Arctic is a potential arena for the clash of geopolitical interests of the Arctic states. This is the second time Russia has staked its claim to what it sees as its territory. Earlier in 2002, the UN rejected the bid on lack of evidence.

Moroccan to Acquire Submarine from Moscow

Moroccan  King Mohammed VI’s upcoming visit to Moscow by the end of 2015 is expected to conclude negotiations to obtain the country’s first submarine from Russia, says a report in World Tribune. Multiple Moroccan and Russian media reports said negotiations about the price tag of the Amur 1650, which kicked off in 2013, are expected to finish. “The forthcoming visit of His Majesty the King has a historical and strategic importance,” said Moroccan ambassador to Russia Abdelkader Lachheb, according to Sputnik. The date of the trip this year has not been announced.

India is in final talks with Russia to lease a new nuclear attack submarine, giving a much needed boost to its depleting underwater fleet, the Times of India reported. A decision, according to Indian analysts, will be taken during a meeting between Prime Minister Narendra Modi and President Vladimir Putin at the BRICS summit in Ufa. The Modi-led government is looking to lease a newly built, customized submarine, unlike in the past when older vessels were refurbished and handed over to India.

India to be Russia's global hub for Submarine Upgrade

A report in the Economic Times say that Russia wants to make India a global hub for the upgrade, maintenance and repair of conventional submarines and its leading shipyard is in final talks to select an Indian joint venture partner for a mega project to set up facilities. India and Russia have already decided to accelerate bilateral civil nuclear energy cooperation as Prime Minister Narendra Modi and Russian President Vladimir Putin vowed to take their strategic bilateral ties forward.

Russia is expected to finish the construction of a submarine base on the Kamchatka Peninsula by the end of October. "Upgrades to the Russian Navy’s ballistic nuclear missile submarine (SSBN) base in the Pacific could be completed by October, Russian Navy chief Adm. Viktor Chirkov said," says USNI News. The improvements to the Russian Navy’s boomer base on the Kamchatka peninsula will include improvements that will allow the operation of the new Project 955 Borei-class submarines.

Russian “joint maritime -2015 (1)” today (May 11) officially launched a joint military exercise, the exercise will continue until 21 May, reports Chinese state news agency Xinhua. It is the first time the two countries have held joint military exercises in the area and will also the furthest conducted by PLA Navy vessels from their home ports, although the scale of the drills is limited. China has deployed three ships and two shipboard helicopters for the exercises, led by the Russian Navy. Russia has sent six vessels to the exercises that conclude on May 21.