The Port of Virginia’s continual investment in new equipment is helping to build one of the youngest chassis fleets in the U.S., with the average age of chassis in the port’s pool being 3.5 years old.Experts in the field estimate the average age of an intermodal chassis to be 15-years to 20-plus-years-old. But with a continual cycle of adding new units and retiring old ones, the port is ensuring a young, safe, road-worthy chassis fleet for the motor carriers servicing the port.In fiscal year 2020 (July 1…

Three cruise ships will idle at the Port of Oakland without passengers while cruise operations are suspended due to the coronavirus pandemic, the port said Friday. The .Two Norwegian Cruise Line vessels, Regatta and Norwegian Jewel, have tied up at Oakland’s Outer Harbor Terminal, which is currently not in use for the port’s container shipping business. Another, Seven Seas Mariner, is docked at Howard Terminal on the Oakland Estuary, no longer considered large enough for container operations.

The Port of Virginia said it has opened its doors to cruise ships idled by the coronavirus pandemic.Since the outbreak of the virus and the cruise industry’s voluntary suspension of U.S. operations, empty cruise ships have been seeking temporary berth opportunities at multiple ports, with Florida taking the greatest share of the vessels. For a cruise ship, it is more economical to idle at a port rather than at sea because it does not burn as much fuel and provides easy access…

The Liberian Registry is expanding its network of Regional Compliance Offices, located in the major ports of the United States. These offices, led by experienced Regional Compliance Managers, are located in Houston, New Orleans, Seattle, Jacksonville, and Virginia/Mid-Atlantic. Each Compliance Manager provides 24/7 support for vessels entering their respective region.Liberia’s Fleet PSC Performance staff based at its headquarters in the US, in conjunction with the specially trained exclusive auditors and regional compliance managers…

Danish energy giant Ørsted has entered into an agreement with the Port of Virginia to lease a portion of the Portsmouth Marine Terminal for offshore wind staging materials and equipment.According to Virginia governor's office, Orsted could use the site for its work on the Coastal Virginia offshore wind project, which it is developing with Dominion Energy, as well as for staging materials and equipment for projects up and down the US east coast.Once executed, the lease will not expire before 2026… 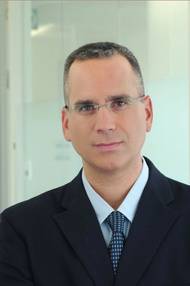 RAFAEL Advanced Defense Systems Ltd. has appointed  EVP Dr. Ran Gozali as head of the company’s Land and Naval Systems Division. Dr. Gozali is replacing Moshe Elazar who has been appointed as CEO of Aeronautics, recently purchased by RAFAEL and Avichai Stolero.Dr. Gozali (50 years old) holds a BSc. from the University of Be’er Sheva, an MSc. in electrical engineering from Haifa’s Technion and a PhD. from Virginia Tech. Dr. Gozali joined RAFAEL in 2004, and has since then served in various senior managerial-technological capacities. Between the years 2011-2014, Dr. 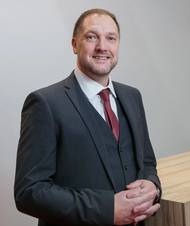 Ordtek has announced the appointment of Gary Thirkettle as their new Operations Director.With a career spanning over 25 years in the offshore site investigation industry, he brings a proven depth in both operational and commercial experience to Ordtek.Ordtek has recently opened an office in Boston, USA to support a number of offshore wind farm developments in the region. After the success and lessons learnt in Virginia, Ordtek is now helping shape offshore UXO risk management in the USA through industry guidance. 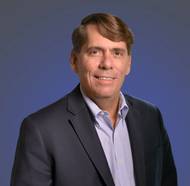 Kalmar, part of Cargotec, has announced that it will supply 25 Kalmar Hybrid Shuttle Carriers to the Port of Virginia, a growing, deep water port on the U.S. East Coast.The $23 million (USD) order was booked in Cargotec's 2019 Q3 order intake, and represents the exercising of a contract option for further units that was agreed upon in 2017. Delivery of the new machines is scheduled to be completed by the end of July 2020.The new units will be delivered to Norfolk International Terminals (NIT)… 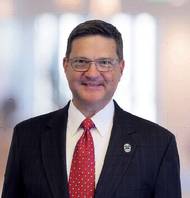