Managing infection risk during the COVID-19 pandemic requires a new approach to disease control and prevention.A new infection risk management approach has been developed by DNV GL to assess, manage and mitigate infection risk in management systems, business processes and operations. My Care incorporates local regulations and guidelines – it can be applied to any vessel type, as well as terminals.My Care’s suite of independent assessment services is designed to help businesses… 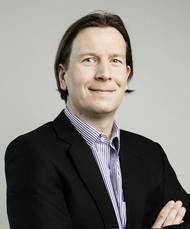 Finnish cruise ferry operator Viking Line announced Monday it will continue service on its "most important" routes despite concerns about the coronavirus outbreak."Taking the security of supply for Finland and Åland as well as the cargo transport demands into consideration, we continue freight traffic between Helsinki and Tallinn as well as on the Turku–Åland–Stockholm route," it said in a statement.“To safeguard the security of supply between Finland and Sweden, we are maintaining service on part of our routes.

Finnish cruise ferry operator Viking Line announced Tuesday that it will suspend service between Helsinki and Stockholm due to the developing COVID-19 coronavirus pandemic. Finnish authorities have closed the country’s borders during the state of emergency in effect in Finland.“To safeguard the security of supply between Finland and Sweden, we are maintaining service on the Turku–Åland–Stockholm route. We are also still making one sailing to Tallinn from Helsinki six days a week.

Finland's Viking Line says that its newbuild cruise ferry, the 63,000 gt M/S Viking Glory, will be one of the most climate-smart passenger ships in the world.According to the shipping company that operates a fleet of ferries and cruise-ferries between Finland, the Åland Islands, Sweden and Estonia, it is estimated that the ship will consume up to 10% less fuel than M/S Viking Grace, which is smaller and was hailed as the world’s most eco-friendly ship of its time. Viking Glory will launch into service in 2021 as the first ship in the world to be equipped with Wärtsilä 31DF dual fuel engines…

The increased demand for travel to and from Tallinn was clearly reflected in the number of passengers aboard Viking Line during this past summer. The number of passengers on M/S Viking XPRS, which sails regularly along the route, exceeded the 600,000 passenger mark. In August, the number increased by 209,934 passengers, which contributed to the all-time record for the XPRS vessel.This summer, Viking XPRS, which was launched into service in April 2008, traveled along its Helsinki–Tallinn route more frequently than during previous summers to accommodate for customer demand.

ALMACO secured the order to build 1121 passenger and crew cabins plus all the galleys, bars, pantries and provision stores, including cold rooms, freezers and walk-ins, for Viking Line’s newbuild at Xiamen Shipbuilding Industry Co., Ltd. (XSI) shipyard in China. For the accommodations portion of the order, ALMACO’s contract includes visual turnkey with some background works for all passenger and crew cabin areas as well as crew public areas.The catering areas delivery involves the visual turnkey installation, including flooring, wall and ceiling stainless steel panels, of approximately 800 sq.

The production of Viking Line’s new passenger cruise ship started at the Xiamen Shipbuilding Industry (XSI) shipyard in China.The first steel plates are being cut in the traditional Steel Cutting ceremony. The new vessel will be one of the most climate-smart ships in the world. The project has involved extensive engineering and development work with the intention to create a unique new-generation passenger ship.The collaborative project has engaged several suppliers in Finland and Europe.

Adonis AS (Adonis),providers of global maritime HR solutions, has announced that Viking Line AB (Viking Line) will implement the Adonis Personnel Suite for their offices in Mariehamn, Finland and onboard six of their ferries. The implementation will include Adonis Safety Module for six vessels, the Adonis Day2Day planning module and the full Adonis Payroll Module. All modules will be customized per Finnish agreements and government rules. Viking Line is a market-leading brand in passenger traffic on the northern Baltic Sea.

Record Volume for Viking Line in 2017

Estonian Port Passenger Number Up in June, Cargo Volume Down

The ports of the Estonian state-owned port operator Tallinna Sadam (Port of Tallinn) handled in June 1.68 million tonnes of cargo and serviced 1,045,461 passengers. Compared to the same period last year, the cargo volume dropped by 25% while the number of passengers was by 1.3% higher than last year. In six months, the ports handled 4.4 million passengers which is 0.6 percent below last year’s level. The most popular route was Tallinn-Helsinki with 0.82 million passengers, followed by Tallinn-Stockholm line with 90,369 thousand people and Tallinn-St Petersburh line with 11,773 people.

Ports of Stockholm claims first in the world to provide infrastructure for liquefied natural gas (LNG) fuel for large passenger ferries. A successful collaboration involving AGA, Viking Line, Ports of Stockholm and the appropriate government agencies has made an infrastructure for bunkering possible. "Our new passenger ferry, M/S Viking Grace, represents an environmental milestone, and the ability to provide LNG bunkering opportunities is a very important piece of the jigsaw in our environmental work.

The world’s most environmentally friendly large passenger ship, 'Viking Grace', delivered by STX Finland, & maiden voyage tickets a sell-out. Apart from its unique green credentials, the vessel’s two standout features are its LNG-powered Wartsila engines and its safe return to port compliance technology. Such was the vessel’s much anticipated arrival that tickets for its maiden voyage from Turku to Stockholm were sold out months in advance. Interestingly, Viking Grace, with its almost emission-free performance, will be ideally suited to the sensitive and delicate waters of the Baltic Sea.

Finnish Avaava, a company specializing in barrier-free solutions makes it easier for passengers to move around, accommodate, in comfort. Different spaces need to cater to a variety of different people. Avaava creates supplementary solutions adapted to varying levels of mobility. It’s all about equality and the simple fact that age, size, shape and health issues should not hinder mobility or the enjoyment of a high standard of living; a standard  applied to Viking Line's new ferry. Grand designs and accessibility are not mutually exclusive – quite the opposite.

Lloyd’s Register significantly helped the vessel’s owners & builders work through the complexities of 'Viking Grace's' novel design features. Finland’s Viking Line recently notched up a world first when it launched Viking Grace, the most environmentally friendly large passenger ship, at STX Finland Turku shipyard. The 56,000 gt vessel is powered by LNG and generates no marine emissions and very few air emissions. The vessel has been designed to operate in the delicate and environmentally sensitive waters of the Baltic Sea where she will operate between Turku and Stockholm from January, 2013.

STX Finland Oy and Viking Line ABP signed an agreement for the construction of an environmentally friendly, new generation cruise ferry for Viking Line. The agreement includes an option for a sister ship. The contract price is about $315m. The ship will be built at shipyard and will be delivered to Viking Line at the beginning of 2013. The  signed agreement represents approximately 2600 man-years employment. The new cruise ferry will be the most environmentally friendly big passenger vessel to date.

STX Finland Oy and Viking Line ABP have signed a preliminary agreement for the construction of a new generation cruise ferry for Viking Line. The agreement includes an option for a sister ship. The ship price will be about 240 million Euros, and will be built at Turku shipyard for delivery in the beginning of 2013. The new cruise ferry will be designed to be the most environmentally friendly big passenger vessel to date. Even though it has not yet been decided the goal is to use LNG as the fuel. The ship has no marine emissions and its aerial emissions are extremely low.

Baltic Sea cruise ferry operator, Viking Line, has entered into a new five-year contract with Marlink continuing its existing agreement for the supply and operation of its satellite communications and the enhancement of its Sealink(TM) systems onboard the company's fleet of ferries. From its head office in Åland, an island in the Baltic Sea between Sweden and Finland, Viking Line operates seven overnight cruise-ferries on routes between Finland, Sweden and Estonia. Marlink has…