The Baltic Exchange's main sea freight index, which tracks rates for ships ferrying dry commodities around the world, posted its biggest weekly gain ever, underpinned by a rebound in global commodities trading as iron ore demand from China picked up.The 35-year old index, which reflects rates for capesize, panamax and supramax ships, has now surged nearly 300% since tumbling to a low of 393 points in May following a freeze in global trade due to coronavirus-led lockdowns."Most…

China's iron ore imports in April rose 11.4% from a month earlier on robust demand from steelmakers, as downstream sectors started to emerge from lockdowns to contain the coronavirus epidemic.Arrivals of the steelmaking ingredient were 95.71 million tonnes last month, data released on Thursday by the General Administration of Customs showed.That compares with imports of 85.91 million tonnes in March and 80.77 million tonnes a year earlier, when shipments from Brazil's top miner Vale SA were disrupted after a tailings dam disaster.In the first four months of 2020…

China's iron ore futures erased earlier losses to end flat on Thursday, regaining support as miner Vale SA said it may temporarily halt activities at its Malaysian distribution center as a safety measure against the coronavirus pandemic.Iron ore's most-traded contract on the Dalian Commodity Exchange steadied at 678 yuan ($95.76) a tonne, after tumbling 5.8% earlier in the session.On the Singapore Exchange, the front-month iron ore contract trimmed losses to just 0.3% in afternoon trade from 4.1% earlier in the day.Iron ore supplier Vale said on Wednesday its Malaysian distribution center may

The Baltic Exchange's main sea freight index fell for a second straight session on Wednesday to its biggest one-day decline in nearly six months, as rates for capesize vessels fell after a strong run.The Baltic index, which tracks rates for ships ferrying dry bulk commodities, fell 7%, or 151 points, to 2,014 points, its biggest one-day drop since January 31. The index has still more than tripled since February, mainly driven by strong demand for vessels that ship iron ore from…

The Baltic Exchange's main sea freight index rose on Thursday to its highest since December 2013, driven by demand for vessels shipping iron ore in the Atlantic, pushing capesize and panamax indices to multi-year highs.The Baltic index, which tracks rates for ships ferrying dry bulk commodities, rose 3.2%, or 66 points, to 2,130, its highest since mid-December, 2013. The index has surged about 68% so far this year. The index extended gains for an eighth straight session, mainly…

The Baltic Exchange's main sea freight index rose on Wednesday, driven by demand for capesize and panamax vessels.The Baltic index, which tracks rates for ships ferrying dry bulk commodities, rose 2.6%, or 53 points, to 2,064, its highest since January 2014. The index has surged about 60% this year. The index extended gains for a seventh straight session, mainly driven by strong demand for vessels that ship iron ore from Brazil.A restart of Vale SA's Brucutu mine in Brazil that was shut in early February after a tailings dam burst…

The Baltic Exchange's main sea freight index hit a five-and-a-half-year high on Monday on the back of strong demand for capesize vessels shipping iron ore.The Baltic index, which tracks rates for ships ferrying dry bulk commodities, rose 3.4%, or 63 points, to 1,928, its highest since January 2014. The index has tripled since February. The index rose 7.2% last week for a fourth straight week, mainly driven by strong demand for vessels that ship iron ore from Brazil.A restart of Vale SA's Brucutu mine in Brazil in June…

The Baltic Exchange's main sea freight index hit a five-and-a-half-year high on Friday, boosted by stronger demand and tight spot tonnage in the Atlantic region.The Baltic index, which tracks rates for ships ferrying dry bulk commodities, rose 2.7%, or 49 points, to 1,865, its highest since January 2014. The index has tripled since February. The index rose 7.2% this week, to post its fourth straight week of gains, mainly driven by strong demand for vessels that ship iron ore from Brazil.The capesize index rose 125 points, or 3.7%, to 3,541 points, its highest since Aug. 15, 2018.

Brazil's Itaqui port, the country's closest deepwater gateway to the Panama Canal, has projected a rise in 2017 shipping volumes thanks to a record grain harvest and development of a new northern farming frontier. Most of Itaqui's export cargo arrives by train instead of roads. It is the deepest public port in Brazil, and its travel time to Europe and North America is seven days shorter than from rivals in the South. Itaqui can handle minerals, grains, fertilizers, fuel and woodpulp consignments.

Brazilian mining company Vale SA on Wednesday said it has sold two ships with a capacity to carry 400,000 tonnes of iron ore each for a total of $178 million.   The company said it received the payment on August 8 and that it is in talks to sell two remaining ships of the same class (VLOC, very large ore carriers). Vale did not reveal the name of the buying company. (Reporting by Marcelo Teixeira; editing by Diane Craft)

Brazil's Environment Ministry fined mining company Samarco 142 million reais ($41.6 million) for damages to three protected areas resulting from a tailings dam burst in November, the ministry said on Friday. The ministry said in a statement the three areas on the coast of Espirito Santo state were contaminated by metals such as lead, coper and cadmium. The metals spilled from the dam and were carried all the way from Minas Gerais through the Doce River to the ocean. Experts from the Environmental Ministry found several species had been wiped out in the contaminated areas, the statement said.

Samarco Mineração SA has not adopted measures to stop the leaking of mine tailings as required by a court after a deadly dam burst, a prosecutor said on Friday, an allegation that could delay the miner's return to operations. Prosecutor Carlos Eduardo Ferreira Pinto said in an interview with Reuters he would submit the opinion to court by Tuesday. If a judge agrees, Samarco will have to pay a daily fine of 1 million reais ($277,000) until the leaks stop. Environmental protection…

The Chinese shipping companies - Chinese shipping majors Cosco Group, China Merchants Group and ICBC Financial Leasing Co- ordered 30 Valemaxes worth a combined $2.5 billion for delivery starting from 2018, deployed on Brazil-China trade routes, reports WSJ. The vessels will bosst the trade between China and Brazil and also will invest billions of dollars into delaying shipbuilding industry in the country. The vessel will be employed on Brazil-China trade routes, boosting the import of Vale iron ore in China.

Vale's Tubarao Port to be Reopened

Brazil's government has selected Murilo Ferreira, the chief executive officer of miner Vale SA, to head the board of state-run Petroleo Brasileiro SA, according to a filing from the oil company on Friday. The board will vote on the nomination at a shareholder's meeting on April 29, the filing said. The Brazilian government is Petroleo Brasileiro's controlling shareholder. On Thursday Petrobras, as the state-run firm is better known, named Luciano Coutinho, the head of Brazil's state development bank BNDES as its chairman until the next shareholder meeting. 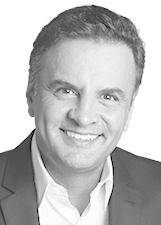 U.S. options market bulls rushed to some of the biggest Brazilian companies on Monday, a day after pro-business Brazilian presidential candidate Aecio Neves' surprisingly strong showing in the first-round election vote. Brazilian financial markets rallied after the centrist senator's strong finish in Sunday's election, setting the stage for what is expected to be a tight runoff against leftist President Dilma Rousseff. Neves will now face Rousseff in the second-round runoff on Oct. 26.

Glencore Xstrata Plc's interim chairman, former BP Plc chief executive Tony Hayward, is in the running to take the job permanently, the Wall Street Journal reported on Friday, citing people familiar with the situation. Hayward is on a shortlist with Roger Agnelli, the former chief executive of Brazil's Vale SA, and Frank Chapman, former head of oil and gas producer BG Group Plc , according to the Journal, which said it is not clear whether the shortlist is final, or who is the front runner.

Statoil expands  its exploration portfolio with the acquisition of 25% participating interest from Vale SA in BM-ES-22A in the Espirito Santo Basin offshore Brazil. BM-ES-22A is comprised of the two Blocks ES-M-468 and ES-M-527. Petrobras is the operator with 75% equity and Vale holds a 25% share. It is located in the Outer Espirito Santo Basin partially adjacent to the BM-ES-32 license where Statoil is partner and which holds the Indra discovery. “The acquisition allows Statoil to expand its position in a prioritised basin for Statoil.

China Rongsheng Heavy Industries delivers a seventh 380,000 DWT class Very Large Ore Carrier (VLOC) to Vale. The new VLOC, christened Vale Shandong has been received by Vale S.A . As of 7 December 2012, China Rongsheng Heavy Industries has delivered a total of seven VLOCs, with one completed last year and six this year. On the same day, another VLOC built for Oman Shipping Company S.A.O.C. left for sea trials and will be received by the shipowner in the near future. Rongsheng-built VLOCs have an environmentally friendly design to lower oil consumption and reduce the emission of CO2…

China Rongsheng Heavy Industries delivers two 380,000 dwt Very Large Ore Carriers (VLOC) to Vale S.A. & Oman Shipping Co. Christened as “VALE HEBEI” and “VALE SOHAR”, the latter new-building passed all inspections and surveys after just one week of sea trials. Despite the ongoing challenges on the shipbuilding industry brought about by the global financial crisis and the European debt crisis, China Rongsheng Heavy Industries’ delivery plan has not been readily impacted, and so far this year Rongsheng has delivered five VLOC's, with another four already launched and being outfitted.

Vale uses Logmarin to develop the world’s largest floating bulk terminal. Genoa-based Logmarin Advisors, part of the RINA Group, has enabled Brazil’s Vale SA to convert the Ore Fabrica (the former VLCC Front Duchess) into the world’s largest transhipment vessel. It will shortly come into operation at a site in Subic Bay, the Philippines, where it will operate as a platform for the transhipment of iron ore cargoes from Vale’s 400,000 dwt valemax ore carriers into capesize vessels for on carriage to markets in Asia.

Vale SA, the iron-ore producer building a fleet of the world’s largest commodities ships, said its Vvalemax vessels carrying the raw material can stop at other countries if not allowed to enter Chinese ports, according to a Bloomberg report. The fleet, which will have the capacity to transport about 60 million metric tons of iron ore per year once fully in operation, can serve alternative ports including those in Malaysia and Oman. Vale is spending a reported $8.1b on the valemax vessels…